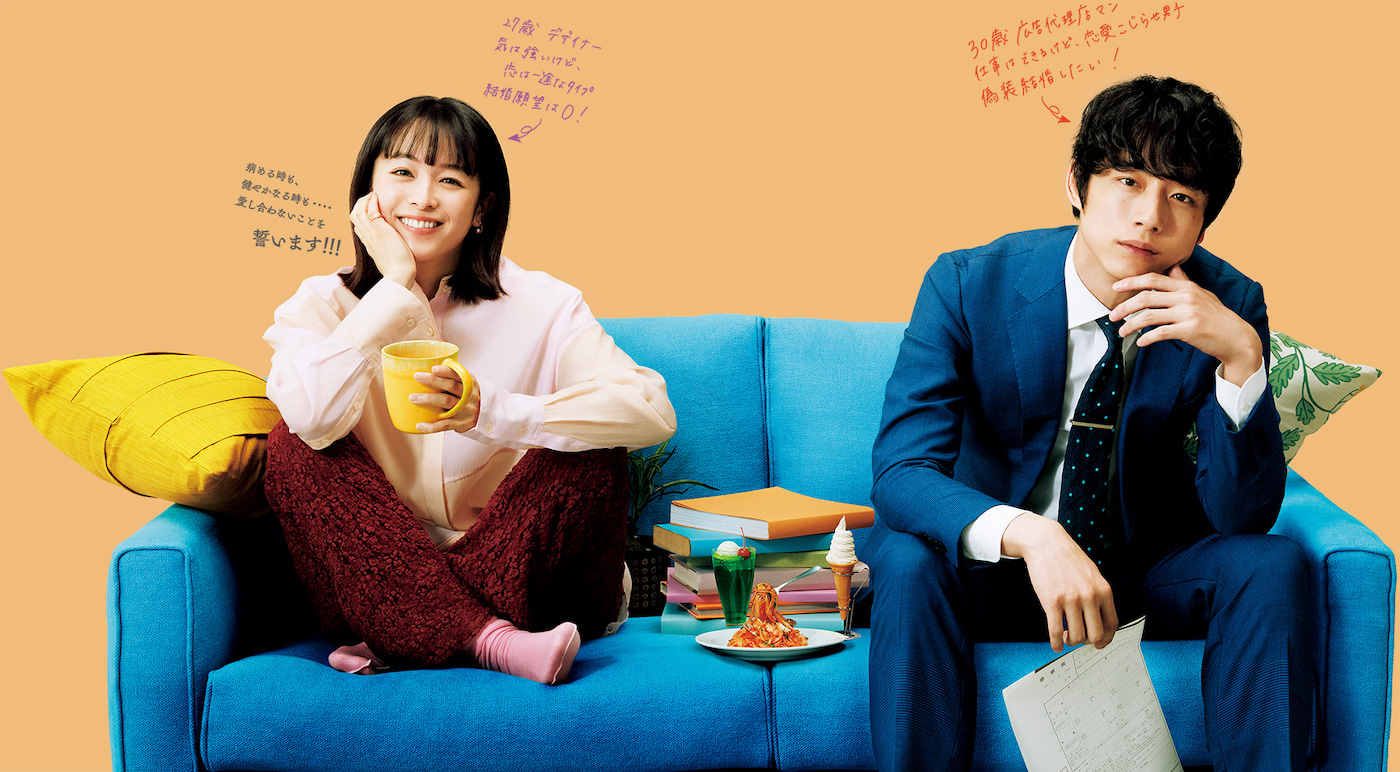 Akiha Okada (Nana Seino) is 27-years-old, single, and works as a designer at Morita Design. She enjoys her single life and she doesn't intend to marry at all. One day, while drinking, she meets Shu Momose (Kentaro Sakaguchi) for the first time. While they drink together, she tells him that she doesn't want to get married, but her grandmother wants to marry. Then, Shu Momose suddenly asks her to marry him. She thinks he is ridiculous and declines his marriage proposal.

Meanwhile, Shu Momose is 30-years-old and works for an advertising agency. He is diligent at work and is trusted by his colleagues and clients. Due to a specific reason, he is looking for someone to have a fake marriage with. This is why he proposed to Akiha Okada.

Dino Aug 21 2021 3:21 pm AAAAAHHHHHH CANT WAIT Aaaaahhhhhh Cant Wait! ive read the manga and tbh the manga is good! And definitely going to watch this because of the sakaguchi-san and seino-san. Both of them are great actor and actress ??

Yel Aug 21 2021 11:39 am Looks interesting story.. Hope there will be a reunion, comeback drama with Nana Seino and Dean Fujioka coz i love their chemistry.

meeks Aug 17 2021 9:52 am the plot has shanai marriage honey vibes but tbf a lot of jdramas nowadays center on newly-married couple stories. am i complaining tho? of course not. i love these types of stories sm!! the “fakeness” of the marriage just adds spice on these stories. excited to see seino nana and sakaguchi kentaro’s chemistry!!

meeks Aug 17 2021 9:49 am the plot has shanai marriage honey vibes but tbh a lot of jdramas nowadays are centered on newly married couple stories,,, am i complaining? of course not. i love these kinds of stories sm. excited to see seino nana and sakaguchi kentaro’s chemistry!!