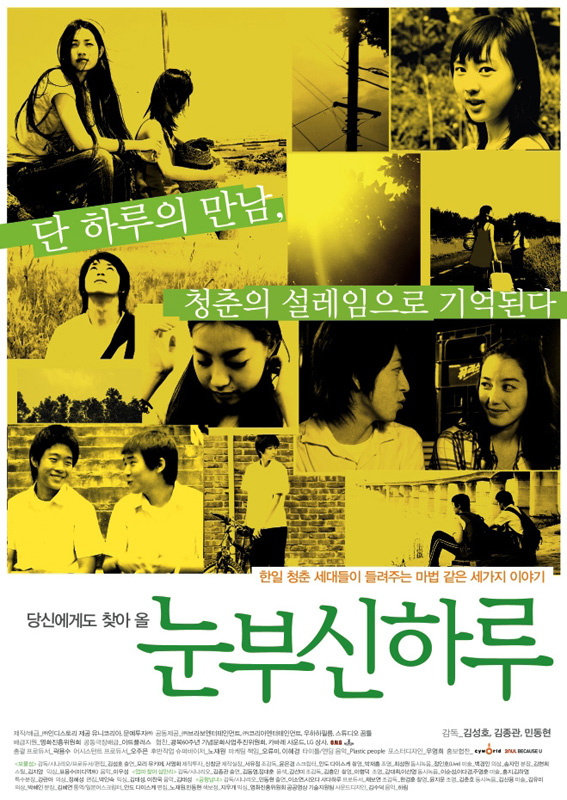 Mie comes to Korea in search of a keepsake that her Grandfather had left behind on Jeju Island when he returned to Japan after the Liberation. She and her friend Eiko meet a variety of Koreans on their journey to Jeju Island. One day they get threatened by a group of rowdies, but they discover a way to escape the dangerous situation.

Jong-hwan defrauds people of money using his laptop computer so that he can visit his mother in Japan. He is a kind of trouble-maker at home and even at school, but keeps taking the risk of committing these dangerous frauds, looking forward to the reunion with his mother.

On arriving at the airport, Ishida starts running to catch the flight to Japan. He ends up missing his flight by bumping into Go-ny who works at a duty-free shop at the airport. After a while, they meet up once again at the airport and spend some time together. It's a story about a conversation between two people from different countries who speak different languages.