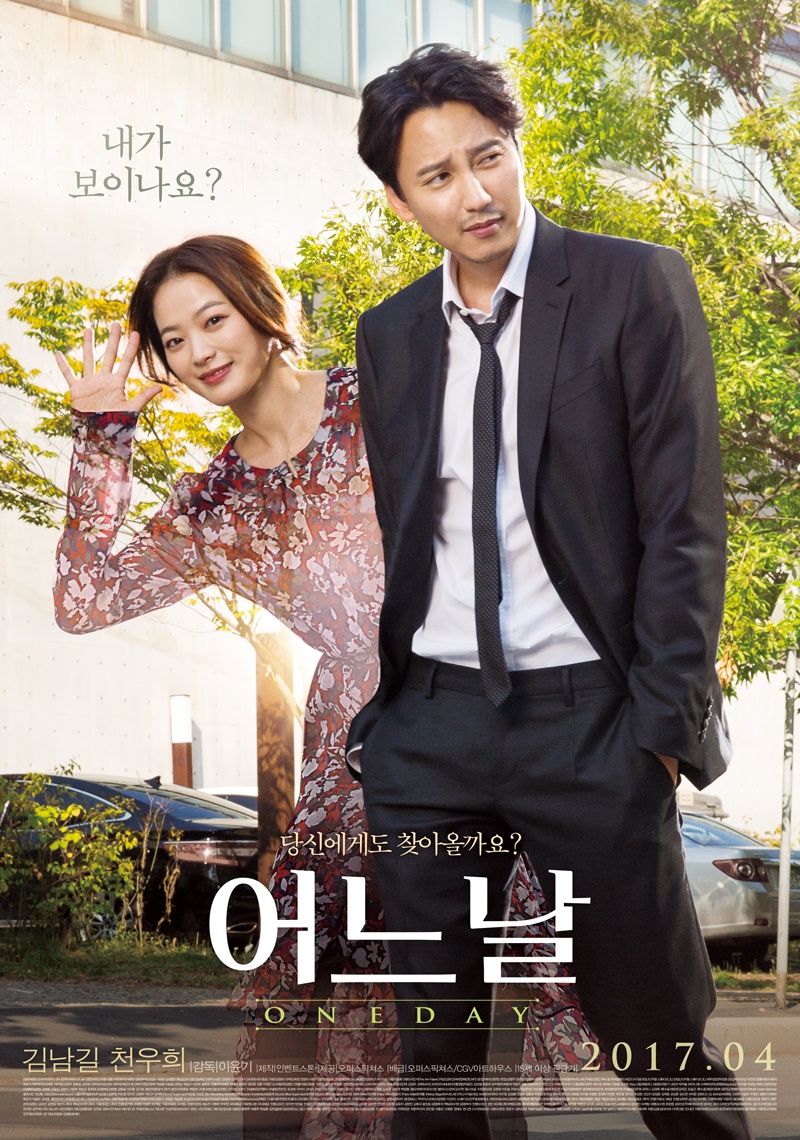 After the death of his wife, insurance examiner Gang-Soo (Kim Nam-Gil) fell into a deep state of depression. He has now gone back to work. Gang-Soo takes a case involving Mi-So (Chun Woo-Hee) who is now in a vegetative state. To investigate her case, he goes to see her at the hospital. There, he meets a woman who introduces herself as Mi-So. He discovers that he is the only one who can see her.

Mi-So woke up after she got in a car accident. She sees herself lying in a hospital bed and realizes that she is now a spirit. Mi-So meets insurance examiner Gang-Soo and knows that he is the only one who can see her. She asks him to grant her a wish.

Evelyn Apr 09 2021 7:29 pm This is a beautiful film. Both KNG & CWH did excellent jobs of portraying people effected by death & dying. Guilt, consciousness, forgiveness, and compassion are all subjects touched on here. We all lose loved ones. Holding on to the happy memories is what we should do if we can.

Asra Sep 07 2020 7:34 am This movie is so beatiful. I love the way Kim Nam Gil and Chun Woo Hee expressed their sadness and frustation about their loved ones. Definitely a worth to watch movie, especially because Kim Nam Gil as a husband did a perfect job here.

Ilham diwa Aug 07 2020 10:24 am Any recommended beautiful and touching movie like this one?

meiliasss Apr 23 2020 12:48 am I've watched it three times, it's very beautiful and heartbreaking film.. Completed with the heartwarming backsong.. This film teaches us that we must continue to live even though we have been overwhelmed by sadness. and tells us that every moment with someone we loves its a precious moments, because we don't know when they will leave us. the point is to value every moment that you go through with the people you care about.

Rose Apr 16 2020 12:03 pm Watching at night made you feel the sensation of this melodrama. There's something magical on this. I can't point it out right now.

kenny Jan 24 2018 11:07 am he has the unique looks since not any male actors in korea can rocks with mustache and now I fall for his acting.. you are gorgeous

melly Jan 19 2018 8:37 am ?????? he looks cute without beard but super HOT with beard..﻿Mostly people fell for actor's appearance first then his acting, but when I knew KNG I love his acting first then I realized that he's very gorgeous..﻿He is my new heartthrob!! i love him so much he is super talented his acting is amazing!!! Dr.Heo fighting!!! live up to your name is the only drama i'm watching currently it's so fun!! Nam Gil Oppa ur so good looking﻿

jjongwol Jun 29 2017 12:35 pm Done watching. I've never expected that tender and painful gaze from Kim Nam Gil! I mean, we're all used to his death glare, like the one who's seeking for revenge in Shark and Bad Guy, but omg let me give my standing applause for this actor! he can pulled off any roles given and his dramas/movies are always good. indeed, an actor with taste! it's been a long time since I found a korean mellow drama like this and I'm going to keep this movie for a rainy night where all we need is just a cup of hot tea and a movie to be sobbed off

tofu May 01 2017 10:56 pm Good but it's not a romantic movie. Also not really happy with the ending. If the movie is to continue after the ending, will he be a wanted man for killing after becoming crazy from grieving for his wife?

twice Mar 14 2017 9:46 am finally it's going to release.. last time they said on November, i waited but false hope.. gonna watch for woohee and namgil oppa

SyahDin Mar 26 2016 12:21 pm kim nam gil is such a sexy man that i was totally surprised to see how cute he really is in real...such a good actor too...he is perfect for melodrama