Once Upon a Time in a Battlefield 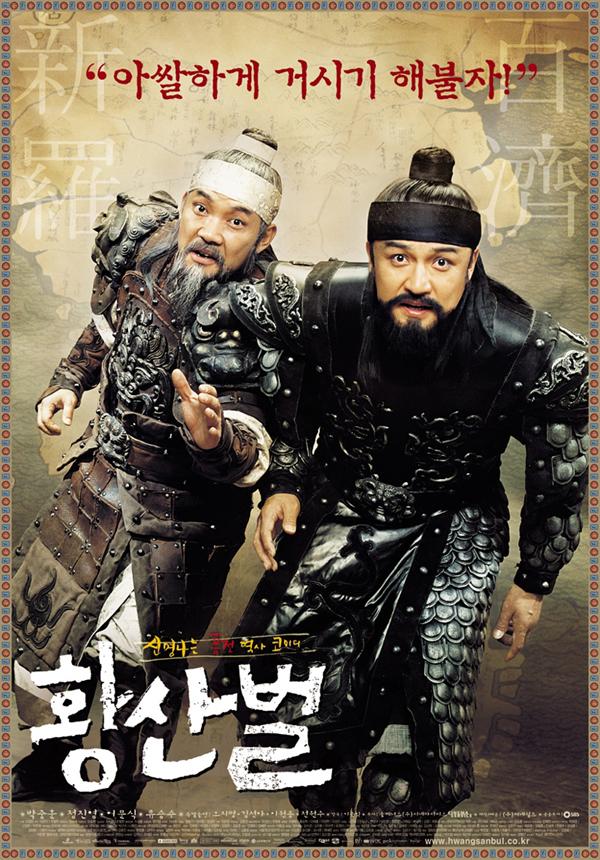 In the 600's, there were endless disputes between the three separate kingdoms that now make up the modern-day Korean peninsula, Baekche, Koguryo and Shilla. The king of Shilla, Kim Choon-Chu established diplomatic and military ties with the super-power Tang, or as we know it today, China. He ordered his general Kim Yu-Sin to meet with the general of Tang. Tang, the superpower, had the upper hand in the meetings and ordered Kim Yu-Sin to tell his king that the Kingdom of Shilla would have to pay a tribute to Tang no later than July 10th in order to shore up their newfound diplomatic relations. But geographically, in order to bring the tribute to Tang, Shilla had to cross the firmly defended kingdoms of Baekche and Koguryo. Fearing a new alliance between Tang and Shilla, Baekche and Koguryo disallowed Shilla to cross through their kingdoms. This act of defiance was a self-fulfilling prophecy as it angered Tang who sided with Shilla in a war. They decided to attack the weaker, more corrupt of the two other kingdoms, Baekche.

As Tang's ships began arriving at the western coast of the Baekche kingdom, Baekche's king and his cabinet grew anxious, worrying that Tang's marines would stage a joint attack on their kingdom with Shilla. The king sent word to his lords to prepare their troops, but the call to arms was blocked by powerful lords who were hostile toward the king. As it turns out their deepest concerns were confirmed; they were being boxed in by Tang and Shilla and had little military support with which to defend the kingdom. The only person who remained loyal to the king of Baekche was Kye-Baek. He was summoned to the palace, where the king served him three glasses of wine, a symbolic gesture asking him to defend the kingdom. Kye-Baek agrees. Knowing that his army does not stand a chance against its aggressors, and that they will rape and pillage Baekche, he kills his own family then rushes off to defend his kingdom at Hwangsanbul, a plain between two naturally fortified mountains and the only way to the palace.

Having only one-tenth the military power of its aggressors, it seemed that the battle would be over before it started. But surprisingly the small but tenacious Baekche army stood it's ground against 8 separate confrontations with Shilla. As time went by and the deadline for Shilla to bring the tribute to Tang came closer, Kim Yu-Sin, feeling greater and greater pressure, resorted to the cruel psychological strategy of putting the Hwarang, kids of the Shilla noble class in royal cadets, on the front lines to degrade the moral of the Baekche army. Who will be the victor of this most important historic war?

Ronaldo Jan 10 2013 4:41 am Hilarious Action Epic Movie...it seems like you are in school competition with a cheering squad :-)