On the First Beat 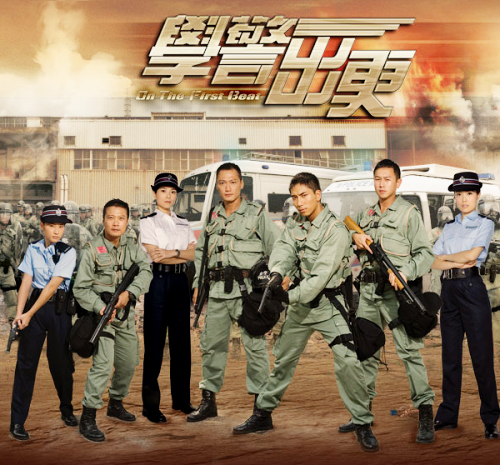 After months of intensive training at the cadet school, CHUNG LAP-MAN (Ron Ng) and LEE PAK-KIU (Sammul Chan) have now become qualified police officers and are deployed to the same police station. KIU’s girlfriend loses her life in a police operation, and the mishap also brings the friendship between KIU and MAN to a sharp end. It turns out that the newly appointed Sergeant CHEUNG KING-FUNG (Michael Tao) is the principal target of the above mentioned operation. KIU even discovers that there is a chilling secret behind the death of his girlfriend. MAN has an ever-devoted admirer called MAN CHING (Kate Tsui), who is a cousin of his. Despite this, he has been going out with his colleague CHEUNG NIM-YAN (Joey Yung) and their relationship is progressing really well. KIU falls in love with FUNG’s ex-wife YUEN WAI-NI (Sonija Kwok), who nevertheless is still in close contact with FUNG… Challenges of work, friendship and love are stretching the lads to the limit. How can the buddies cope with all the stress that life throws at them?