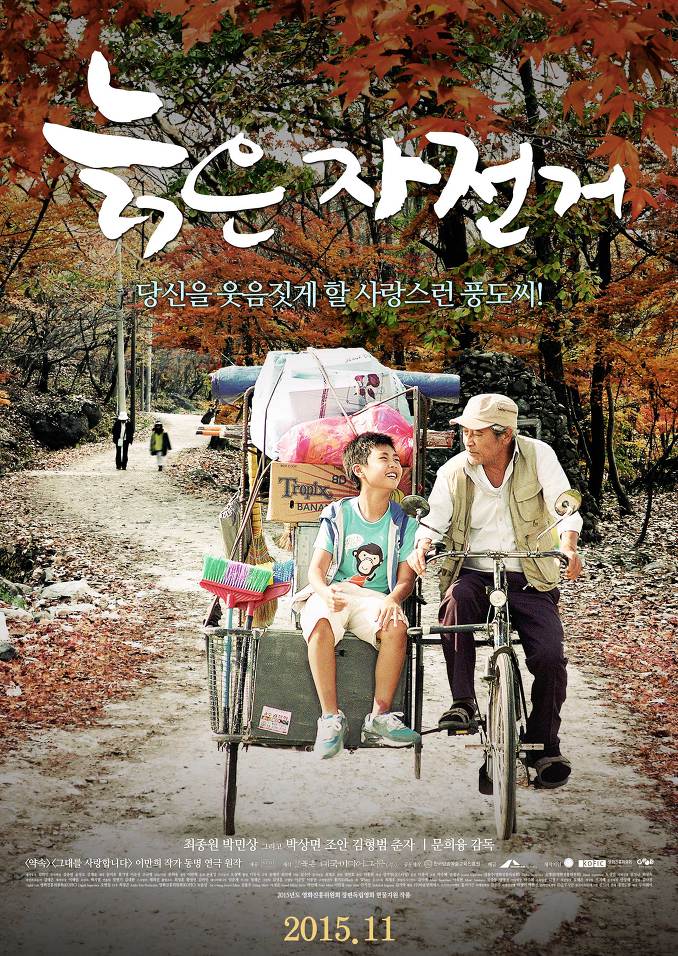 Kang-Man (Choi Jong-Won) is a grumpy old man. He doesn't have anyone close to him. Kang-Man only cares about drinking alcohol and his bicycle. One day, a young child named Poong-Do (Park Min-Sang) appears in front of him. The young child is actually his grandson. Kang-Man learns that his estranged son Gil-Jae died in an accident. Even though Kang-Man doesn't want anything to do with his grandson, they begin to live together. Can they become family?

lee catnip Nov 20 2015 1:40 am Choi Jong Won is one of the best actors in South Korea. I admire him doing a sort of "villainous" role in Six Flying Dragons.