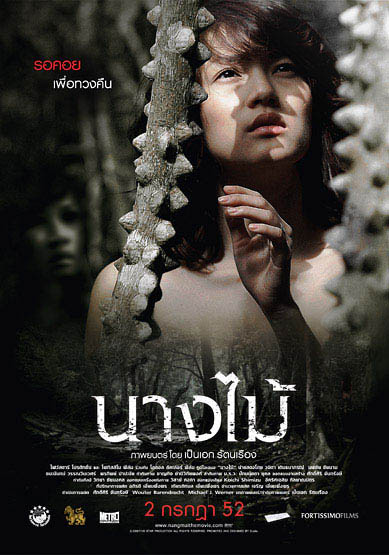 A long time ago in an unnamed forest a beautiful young woman was wandering alone when she fell prey to two men. Shortly thereafter, the lifeless bodies of the two attackers were found floating down the nearby stream. No one knew what happened to the men or where the woman was, or who or what might have saved her life.

Flash forward to today. May is a city woman who has everything she could ask for. Things are looking stellar: her career is on the rise, and her long-time husband, Nop, a professional photographer, showers her with love and attention. But fate or desire play tricks on the couple who watches as their lives drift by without much thought or reflection, and soon May starts an affair with Korn, another married man. One day Nop is assigned to take a trip into the forest to film the wildlife. He decides to bring May along. But the journey slowly reveals how the invisible weight of their urban lifestyle haunts them like a spectre, since May insists on behaving as if she were still in the city. Her sole concerns are her laptop and her phone, and instead of working from the office she now works from the tent in the middle of the jungle. Meanwhile, Nop treks into the forest to take pictures of wild deer and forgotten cobwebs, and along the way he stumbles onto a sad-looking tree – a lonely, mysterious specimen deep in the heart of the woods. The tree, it seems, is calling out to him, pulling him closer to it, and Nop finds himself spellbound and can’t resist its attraction.

When her husband fails to return to the tent, May sets out to look for him but only finds his phone and a sandal. Only then does she realize how precious their marriage is, and how desperately she needs Nop’s warmth and companionship. Yet when May returns home believing she’s lost her husband, Nop returns. But the forest has changed him into someone else, perhaps forever…