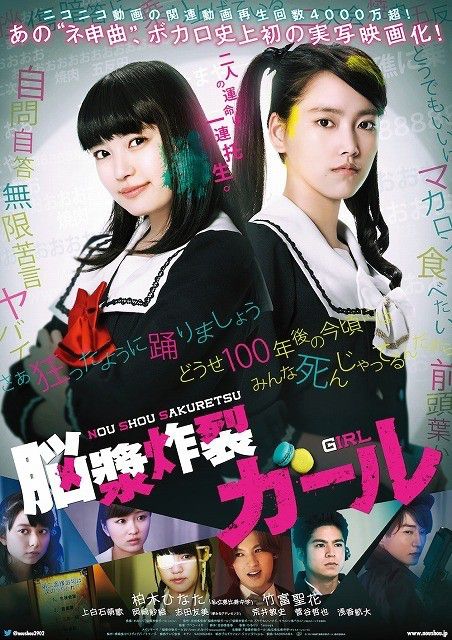 Hana Ichii attends a school that she admired since she was a child. One day, she wakes up and finds herself locked in a cage with her classmates. They are forced to take part in a survival game using their cellphones.

rinka_0703 Apr 18 2019 12:19 am I have seen this movie before. I really loved the storyline. Also I am fond of the song with the same title (which is made by rerulili). Kudos to the writer of this movie and everyone who worked on this!

but does anyone know who sang the in the ending credits? was it the actresses?

Lenka Feb 21 2016 4:52 am Great movie! Especially the part with the vocaloid song, I was like 'Miku sang that song!' not knowing that was actually true.

But the ending is kinda disappointing.