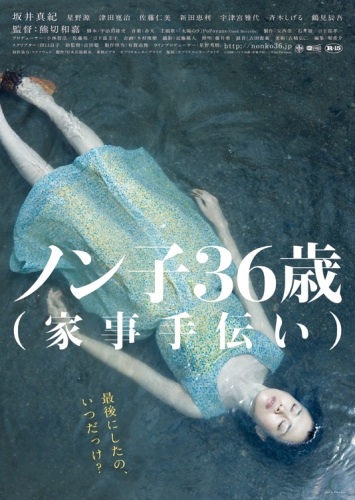 Nobuko tried to be successful as an actress in Tokyo (stage name ‘Nonko’), but wasn’t popular. She married her manager and soon divorced. Now a once-divorced woman in her mid-30s, she returns home to the Shinto shrine that her family runs, to help out with domestic chores. Her father is always in a stubborn rage, her mother is always trying to calm things down. However, Nonko’s married sister, who already has a daughter, scathingly says of Nonko, “It’s all over for her.”

There’s no place to run to and no place to belong, just a backwards little country town. The only thing to do is ride her bicycle to her friend’s bar to drink with the owner, another divorcee. She can’t remember the last time she got dressed up or had sex.

Nonko, who is totally lacking in ambition, encounters a young man named Masaru. He has great expectations about selling chicks at the shrine festival. Nonko ends up taking him to the house of Yasukawa, who allots space for festival stalls. Masaru is rather naïve and pitiable, but this earnest and straightforward younger man puts a smile back on her face, and she gradually becomes more emotionally and physically receptive, until her ex-husband, Udagawa, makes his appearance. Nonko’s heart begins to tremble.

RamenLover Oct 23 2008 1:20 pm Have not seen "Antenna" but does seem to have an interesting premise. Will check that one out if opportunity arises.

Raku Oct 22 2008 12:30 pm I think Green Mind, Metal Bats and Freesia are very good, in fact I re-watched Green Mind again recently. Have you seen Antenna? if you haven't I recommend it.

Raku Oct 22 2008 9:58 am Awesome a new movie by Kazuyoshi Kumakiri I see the trailer awhile ago on youtube but didn't know what it was from.