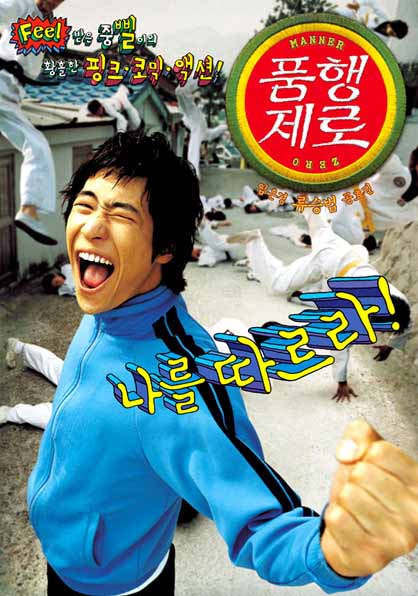 He's the only son of a mother who runs a hair salon while also being the "best fighter" of Moonduk High School. His name's Jung-Pil, and his days are really tough. But the most important part of his day is going to school. Firstly, to meet the expectations of his followers and to frequently make his presence known, he has to fight other groups trying to take over his position. He also has to look after the rooftop of the school building which is used as their hideout.

But one day, Cupid's arrow unexpectedly strikes Jung-Pil's heart who before had nothing to worry about and fear. It's Min-Hee, the prettiest girl of the neighborhood girls high school, Jeonglan. But not long before his pink puppy love starts, his cozy life becomes threatened by a newcomer. One day, Jung-Pil hears that a transfer student named Sang-man suddenly appeared like a gushing storm and wants to take over the school. Not only the students, but even his righthand man Soo-Dong try to incite a fight between Jung-Pil and Sang-Man, which would become a legend in itself. But strangely enough, Jung-Pil seems to avoid getting into a fight with Sang-Man. But two kings can¡¯t exist in one land, and the showdown draws closer...