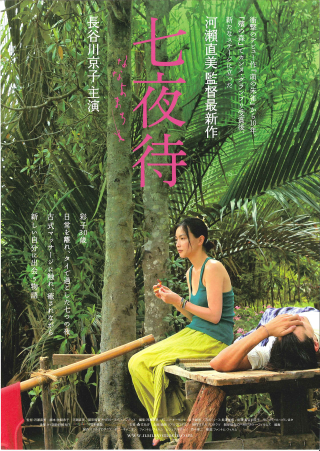 She hops into a taxi in the foreign city she now finds herself in. In order to avoid the dark, stern gaze of the taxi driver Marvin, she pretends to fall asleep. The next time she opens her eyes, she finds she has been driven deep into the mountains. Alarmed, she leaps out of the taxi at the first moment possible. Saiko runs deeper and deeper into the woods as she flees from Marvin. And it is here that she bumps into a Frenchman, Greg, as he is picking flowers. She cries out for help, in Japanese, the bewildered Greg takes her back to an old house.

The old house Saiko is taken is a small school where lessons in traditional Thai massage are being taught by the teacher Amari. Greg is her only student. Amari's young son, Toi, and an old maid also reside there. Since Saiko has nothing else to do, she decides to sit in the class as well. The taxi driver Marvin, who is actually Amari's brother, joins them, and together they all form a strange pseudo family. They do not understand each other's language, but through the art of Thai massage, they begin to communicate with their hearts.

One morning on a road nearby, Saiko comes upon a group of monks asking for alms. Among them is a young monk, Tam. With a golden robe draped from his shoulder, he prays with intensity. For some reason, Saiko is unable to take her eyes off him, completely fixed. That night, she has a dream. In her dreams, she and a man resembling Tam take turns massaging each other under the moonlight. Is the dream is of the past, or of the future? Saiko sees the same dream again the next night...