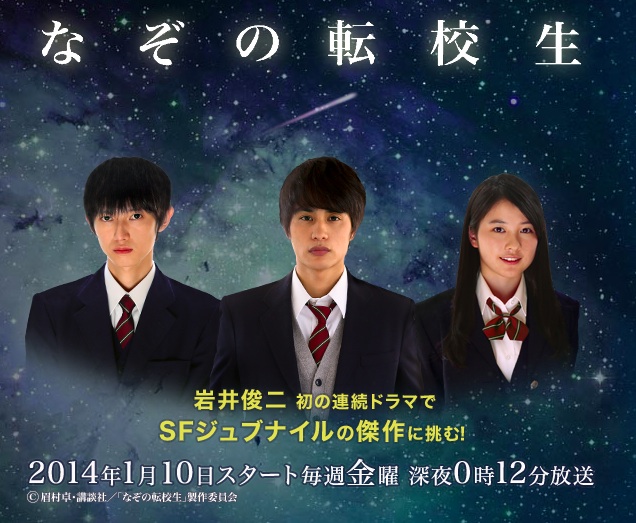 Second year high school students Koichi Iwata (Aoi Nakamura) and Midori Kagawa (Minami Sakurai) have been friends since they were children. On their way home from school they see a meteor rising into the sky. The next day, Midori sees a shining shadow of a person at school. A rumor spreads at school of ghost.

At this time, a mysterious boy named Norio Yamazawa (Kanata Hongo) appears in front of Koichi. Norio Yamazawa joins a baseball game and hits a home run. He is good at sports and smart, but something seems strange about him. He is the grandson of Ebara-san, who lives next door to Koichi. Since Norio has appeared, strange things keep occurring around Koichi.

chr Jan 29 2021 4:56 am One of the J-Drama that I always remember since it's actually the first one I ever watched. Although very short I really love this drama. Hearing the ending song on me Spotify playlist really brings back the memories of this drama.

Good but short Jul 08 2016 1:39 am A good show, but way too short with too little happening. Plus, I wasn't really feeling any of the romance.