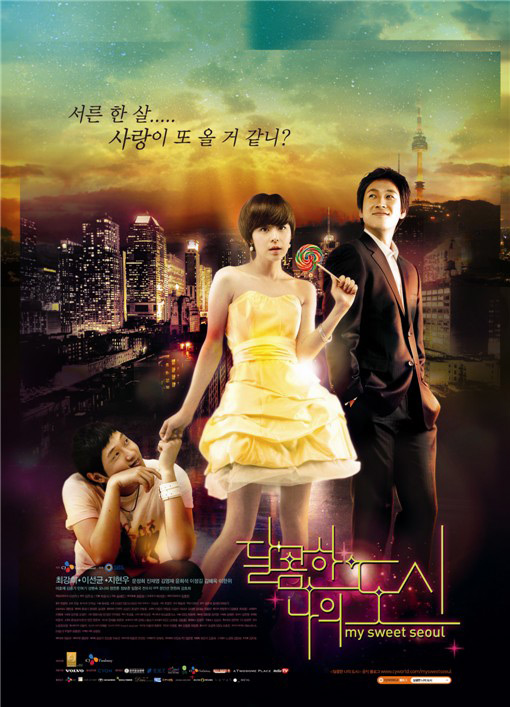 Oh Eun-Soo (Choi Gang-Hee) is 31 years old and worked at the same company for seven years. Life starts to get tremendously stifling for her. Her boss criticizes her for being dense and those words undermine her self-esteem, which was low to begin with. The new hire makes her look bad by working hard and showing passion for her job. But she gets worse news when her ex-boyfriend, who always said that marriage was a dead-end street, invites her to his wedding. But the double-whammy comes when her best friend, Jae-In (Jin Jae-Young), also announces that she’ll be getting married! Right when she needed a little tender affection, several men enter her lives with amorous undertones.

She has a one-night stand with Tae-Oh (Ji Hyun-Woo), a younger man who she met at a bar. Kim Young-Soo (Lee Sun-Kyun), who was introduced to her by her boss, enters her life as another option for love. Then Yoo-Joon (Kim Young-Jae), a friend she has a platonic relationship with, suddenly proposes marriage to her. Deluged with so many options, she has to wade through the complicated courtship rituals to find the person who she’ll spend the rest of her life with. It’s not easy to choose Mr. Right. Yoon Tae-oh, Nam Yoo-joon, and Kim Young-soo...

As if she is answering a multiple-choice question, she looks quizzically at the names of the three men in her life. But the men have their charms and flaws, which makes it doubly hard to just follow her heart.

Who will Oh Eun-Soo choose? What will happen to her friend Jae-In, whose marriage fell apart in months, and Yoo-Hee (Moon Jeong-Hee)’s career as a musical performer?

lrt Jan 29 2019 1:27 pm 3 friends that support each other through love relationship endings and new beginnings like "Sex in the City" Korean style. Second half feels like a totally different writer but has some bright moments of clarity when life as we live it is questioned. 8 out of 10 for me

Gina Jul 19 2015 4:04 am Too many plots within this drama. Screenwriter must have gone mad It's the most confusing story line I've ever tried to follow. Everything else fine. .

Kinggofing May 17 2014 10:21 pm So far I'm on episode 5, and for some reason for me the story line is so dry, not much of any drama going on either, hope it improves from now on, im on the verge of dropping this drama but my will to finish everything i started keeps me hanging on. lol

ParkChoHwa May 02 2014 10:38 am I'm watching it because of Lee SunKyun oppa. I love all the cast though. I so love how the male lead is suddenly turning into a 2nd lead. I love the girls' friendship too. Choi KangHee will have the same kind of friendship in Protect The Boss. I've just finished 11 and I like it well enough ^^

Clarkdale44 Nov 30 2013 2:04 am Again a decent drama.. Nothing special about it a bit of disappointing though. The storyline is OK to keep you till the the end. Casting is good as well and its cinematography. Chemistry between two leads was great. Both seemed compatible with each other. Warning Spoiler: I was disappointed that the Eun-Soo didn't even thought about the Tae Oh until Yeong-Su left her before marriage. Was she really didn't cared about him at all? After she had no one left to be with her then she decides to think about him and getting back with him. Its nothing but an act of selfishness. Still i feel OK with the end.