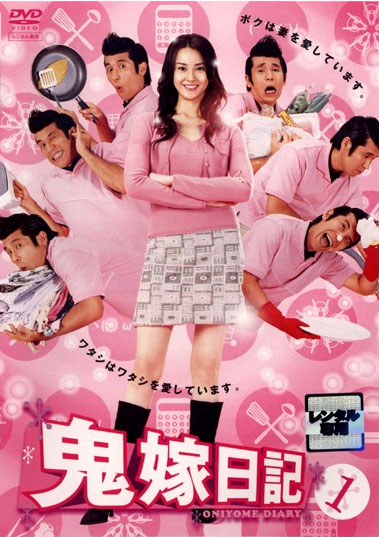 A home drama proposing a new form of marital relationship amidst laughs and tears. The original was a popular blog describing with an ineffable mixture of humor and sadness the daily life of a man under the yoke of his domineering wife. Sanae, the wife in this story, is selfish and overbearing, doing what she pleases and really a “devil bride.” But for some reason the people around her are strangely attracted to her and don’t dislike her. That’s because she’s always powerful and positive in her attitude. Then there’s Kazuma, the husband of this “devil bride.” Affable and weak-willed, he’s always the victim of his wife’s whims. You would think that he’s carrying the sorrows of the world on his shoulders, but actually he’s not unhappy. In fact, he’s the one who understands his wife the best.Then there’s the young couple who are their next door neighbors. With the arrival of Sanae on the scene, the two wives have awakened to the “devil bride” in themselves. What’s going to happen to the hubbies?