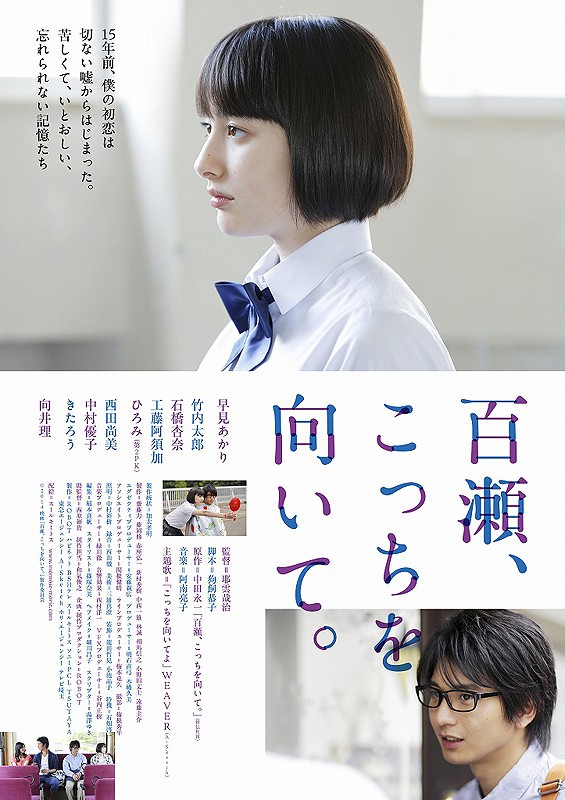 Noboru (Taro Takeuchi) is a high school student who isn't popular at all. He looks up to senior student Miyazaki (Asuka Kudo) who is one of the most popular guys at school.

Miyazaki has two girlfriends: Momose (Akari Hayami) and Tetsuko (Anna Ishibashi). Momose and Tetsuko have totally different personalities. Momose is bright and Tetsuko is a popular student from a wealthy family. One day, Miyazaki is caught with Momose. To keep his relationship with Tetsuko, Miyazaki asks Noboru and Momose to pretend they are dating. They both agree due to their affections for Miyazaki. Noboru and Momose begin to act like a couple in front others and soon Noboru begins to develop feelings for Momose, who is still in love with Miyazaki. 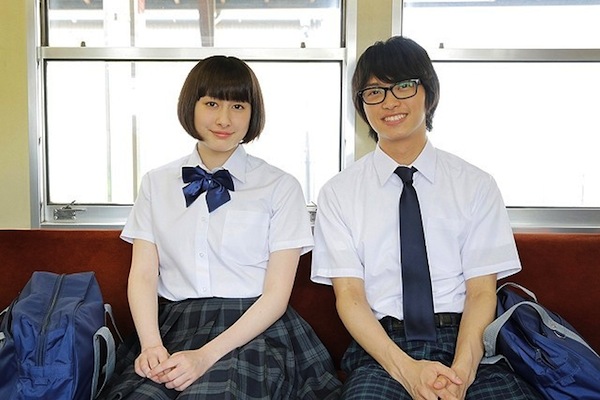 Katkatarooo Nov 27 2016 3:37 am I get it! well yes it is a slow-phasing, too quiet, and old-ish atmosphere film, but I like it! The whole concept, how the characters slowly build their persona, how the story goes- sooooo realistic and how it ended. This just proves that, LOVE is a dangerous game and that not all people were fortunate to have the love they deserved. The ending is very clever it makes you think the kind of ending you would like to have but I'd rather choose the ending that will give Noboru a fair play, acceptance and move on.

Disco May 23 2016 3:06 am Additional with the below conclusions, i think he did laugh not just because he knew that momose is still in love with miyazaki but also because he finally understands the feeling of what momose is feeling ( momose told him that she wishes someday he'll understand this feeling) the whole time, loving someone who is not yours.

I think Noboru is still longing for momose. He mentioned in the scene with Tanabe that he wish he didn't met her at all, he doesn't want to be involved with love again since it's like a "monster". It means, momose will be the first and might be still the current for him. He fell for her at that time and was still inlove with her until now (and might be the reason why he doesn't have anyone/not married until now)

narutomath96 Nov 14 2015 12:03 pm I have just watched the film in Japanese Film Festival 2015: Colors of Love in Vietnam here :) Thanks to you guys, I have finally understood better the ending, and find that film really such a masterpiece, from the beginning to the end! Its meaning is so deep, and ... yeah, what a wonderful unrequited love!

Tokio Aug 11 2015 5:30 pm Actually, Momose and Miyazaki are still dating, which is why Tetsuko told Noburu at the table that he stays out at night(implying that he goes to see Momose and Momose hair is still long) Which is why even though Tetsuko knew about the affair even when they were young Noburu asked are you happy. She married a man she knew cheated on her and still is.

Alz Aug 01 2015 8:37 pm At first I was thinking the same thing about the ending like @daemon, WTF? But thanks to @scandal now I can see it more clearly. And yes, this is a very good and deep film about unrequited love. Surely a rare jewel.

Ais Jul 28 2015 10:44 am @scandal thank you so much, i actually didn't understand the ending either, so the ending was suck for me. now that you explained that, it makes the ending makes sense, and.. deep.

scandal Jun 02 2015 10:16 am For you who's still wondering about the ending, When Noboru meet at ending Momose didn't even remember him, she even grow her long hair implying she still cannot get over about Shun even this day. Then Noboru just laughed because he know after all this time it was unrequited love for him too (to Momose)

Daemon Apr 17 2015 11:20 am @dcraini I too didn't get the ending, I was thinking in the seminar or book signing what ever they will get to meet each other... damn I was like WTF? oO . I cursed the story-writer and director for this like 100+ times.

foreverab Apr 26 2014 12:01 pm Just saw an mv using this movie and I thought it was a storyline developed just for that song. I am soo glad I'm wrong and that this is a movie which I am definitely going to look forwards to :D Ands what's mo osamu mukai is in it.