My Murderous Intent Was In Love 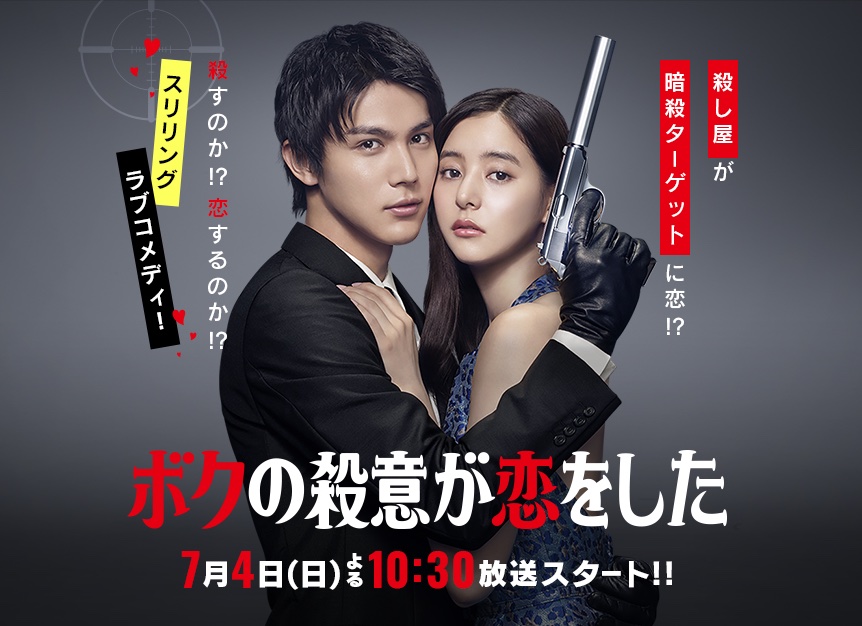 Shu (Taishi Nakagawa) is a young man with a handsome appearance and athletic. His parents died when he was just 5-years-old. Afterwards, he was raised by his father's friend Joichiro. One day, Joichiro dies. Shu then learns of Joichiro’s real identity. Joichiro was a legendary contract killer known as "Gou no Tora." His death is classified as an accident death by the police, but Detective Shiori suspects Joichiro was killed by Mitsuki (Yuko Araki). Mitsuki is a popular manga writer with a secret. To avenge Joichiro's death, Shu decides to kill Mitsuki. He becomes a contract killer. Shu approaches Mitsuki, but he is unable to kill her. He even saves her life several times and falls in love with her.

Rachel Aug 27 2021 3:06 pm taishi is very cute and funny. I'm not that close to Japanese dramas. Personally, I think that a role like this few actor can play. which taishi can and he does it very well!! I like yuko too! They are very suitable

Edward Jul 20 2021 9:06 pm Fun series with nice actor and actress, still on going now, take your seat and enjoy it