My Lover Is a Sniper: The Movie 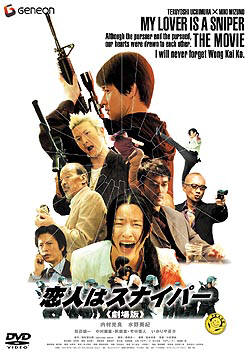 A man decides to extort money from the Japanese Government by holding the citizens of Japan to ransom through a rather ingenious method. However, due to the man's profession as a police lawyer, he is able to shield his identity by influencing elements of the investigation through contacts within the police itself. In desperation, the Government decide to hire the services of a sniper who, at the time, is serving a 250-year sentence in a forced labour camp for previous crimes committed. A cat-and-mouse game then ensues between sniper and lawyer.