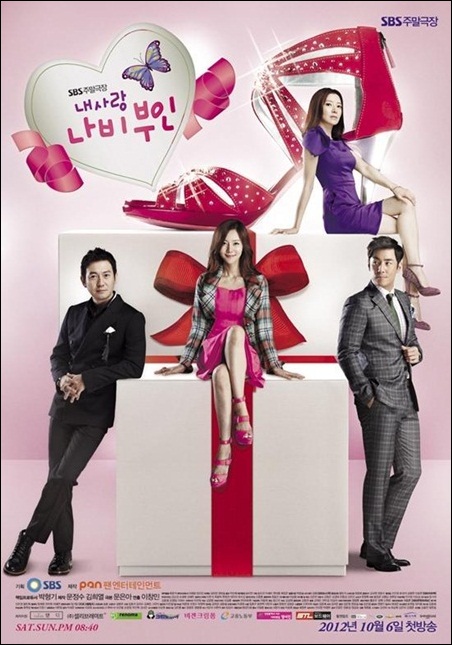 Top actress Nam Na-Bi (Yum Jung-Ah) is brought to ruins and then lives with her parents-in-laws without her husband. She tries to get through her troubles, while living in an uncomfortable situation.

Woo-Jae (Park Yong-Woo) and Na-Bi happen to sit next to each other at the opera. Because of this, a scandal erupts. Woo-Jae is embarrassed by the scandal. Meanwhile, Na-Bi learns that the lead female role for a movie she wanted is given to actress Ji-Yeon (Lee Hee-Jin). Na-Bi is shocked & sadden by the news and begins to drink. She then drives her car and is caught for driving while intoxicated. Na-Bi then loses her ad model contract because of the arrest. She is now desperate and depressed. During this time, Seol-Ah (Yoon Se-Ah) gives a plane ticket to Na-Bi and tells her to take a trip. Later on the airplane, she finds a handsome man named Jung-Wook (Kim Sung-Su). 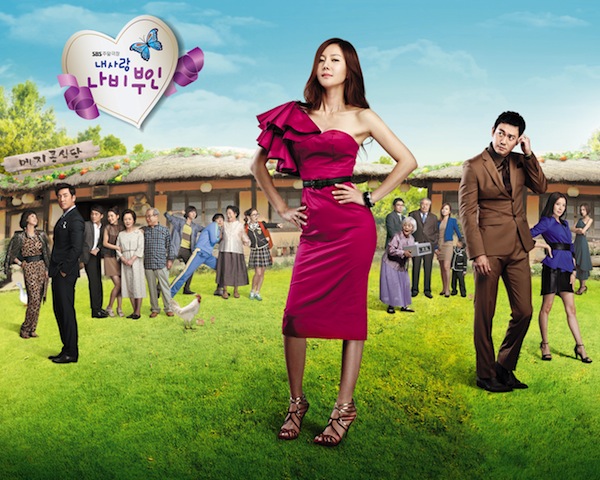 Airiqa Lee May 19 2020 5:10 am I watched the reruns on TV and I already fall in love with Lee Woo Jae character.. Tbh Lee Woo Jae is the kind of man that I've looking for. Lee Woo Jae is my ideal type. I felt warm, safe and strong if we were together. I want a man who's can protect me even with his family.

For the past year until now I haven't met that kind of man whose have the Lee Woo Jae's character yet. I guess it's exist in the drama and novel only.

lrt Jan 21 2020 12:31 pm Really...Really liked this piece!!….especially when the mother of Woo-Jae came on the scene. This is a typical lengthy drama so why watch one where you don't like the actors and if you have to skip so many episodes...move on. The grandma with dementia actually was a very small role and was funny when she Left a "Han River" in the bed and called people out for who they were. Loved the cast!!

saranghae Jan 08 2020 7:17 am just finished this drama only cz i skipped a lot more than half maybe my ratings 4/10 the plot was very poor too predictable and redundant the 2 lead males were awful they need to go back to school and wujae father was really awful i mean the acting i dont think he can act at all dont know why was he cast the 2 lead females were much much better i can not recommend this drama watch it only if you have nothing to do

Luffy Dec 18 2014 8:33 am This drama is awesome... I like the character, but somehow, at first I like Nam Nabi with Lee Woo Jae, but later I really don't like both them as couple, I like Nabi still as a wife of Kim Jung wok, because I don't want her separate with that family... hehe.. I really hate rich people actually, maybe that why I dislike the Lee woo jae character...

Cedric Dec 28 2013 4:25 pm I hate the fact that Gook Hee never got a kiss from Baek Ki in this KDrama AISHHHHHHHHHH

1tqz Sep 14 2013 10:20 am Both JA Yum & YW Park acted very well. Although the story line was moderately good, I think the dementia great grandmother's part was unnecessary. The location/scenery where the drama took place was very nice. I enjoyed the show very much.

Pas Feb 25 2013 3:54 pm I so love this romance drama. all the actors are good esp. kim sung soo. please do not forget the english subtitles as im not korean. thank you

2edgy Jan 10 2013 7:30 pm This drama is amazing...love Park Yong Woo, he is a terrific actor. I will look for other dramas that he is featured in just to review his work. Not only is he handsome but his acting seems effortless.

the cast as said above amazing, yum jung ( loved her from royal family.. still your my fav!!!)

all the other cast too... you all doing great!!!! the % of rating may not be what you expect.. but none the

less good work all members including the extras and filming team! much love Miss universe

She started in Episode 21 as Roy Kim/Jeff Kang's wife

Irishguy Oct 28 2012 6:26 am What's with the shoe designer side story this year in Korean dramas? They really gone into overkill on the fashion aspect, I suspose it sells the glamorous lifestyle that sponsors want to push. We had handbags in Me too flower, dresses in Baby Face Beauty, we already had shoes in I Do, I Do. What next? Hats? Lingerie?

Cedric Sep 27 2012 11:23 pm I think this is gonna be one of the most anticipated weekend KDramas since Loving You A Thousand times. I was about to say Definitely Neighbors and My LIove By My Side since they made it No. 1 and 2 on TV Ratings but I think this one will definitely have the high ratings that LYATT had 3 years ago.

Just looking from the cast, it is star studded. Yeom Jung Ah got that intensity factor. Kim Sung Soo had some huge success during the mid-2000s with Full House, Park Yong Woo with movies, Yoon Se Ah with Julien Kang love team, and Baby VOX Lee Hee Jin. I know Kim Il Woo and Jung Hye Sun from My Love By My Side and I can say that they're very good actors as supporting casts. Kim Joon Hyung was on the Tasty Life (preceding KDrama before this one). Although he had a limited role there, hopefully he has more here. I'm hoping to see the synopsis for this KDrama for I'm sure there will be a lot of love teams and love triangles simply by just looking at the preview.