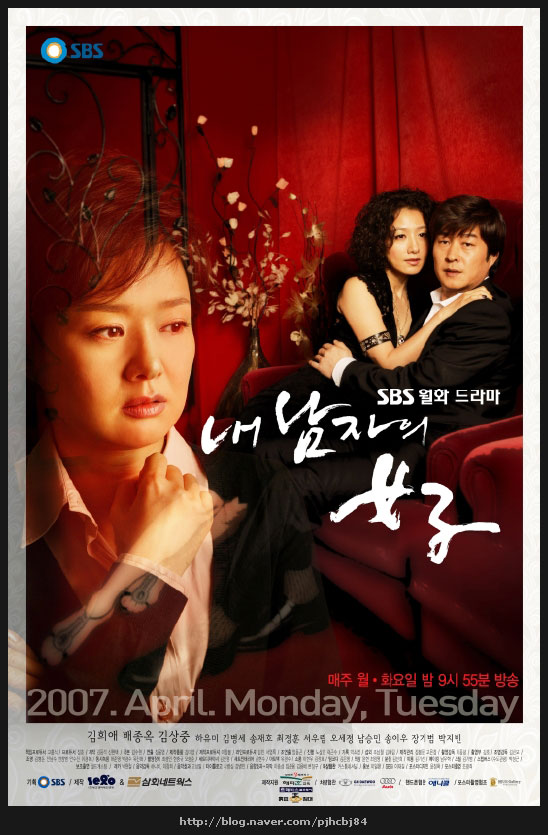 Hwa-young (Kim Hee-Ae) has a realistic, rational personality. After graduating from college, she worked in a hotel and met a Korean-American man who she later married. She moved and lived in the US afterwards. Due to her husband’s physical problems, the two were not able to have children, even after trying artificial insemination. Due to the failure of his business, her husband falls deep into depression and commits suicide. After becoming a widow, Hwa-young returns to Korea…

With the help of her good friend, Ji-soo (Bae Chong-Ok), Hwa-young starts her life in Korea again after ten years. She then meets Joon-pyo (Kim Sang-Joong) who is married to Ji-soo and lives a stable life but has a loveless marriage. Hwa-young falls madly in love with Joon-pyo and even moves into the same neighborhood as the couple to be closer to him.

Ji-soo met Joon-pyo during their freshmen year in college. After seven years of dating, she was finally able to gain the approval of his family but was never welcomed in his household as a daughter-in-law. For these reasons, Ji-soo suffers from her own personal pressures to be a perfect wife and help her husband become successful in his life and career. But her emotions turn to anger and hatred when she learns of the betrayal of her husband and good friend. The drama unfolds at this point in their lives...

Abby Jun 17 2019 1:23 pm The drama of all dramas. An adult drama, An exciting exploration of the start, middle and end of an affair and it's impact. Very real and relatable, using scenes and conversations we'd see in our daily lives. This was when Adultery was criminal in Korea and made for interesting plots and tropes. Always worth a regular rewatch.