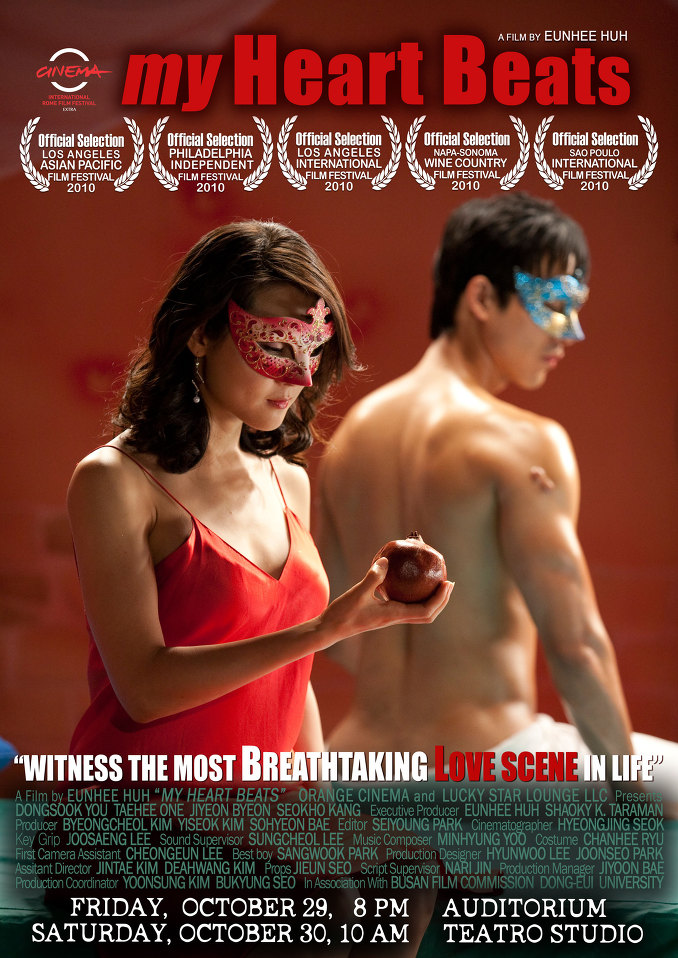 Q&A took place after a screening of "My Heart Beats" at the 2011 Puchon International Fantastic Film Festival on July 16, 2011. Appearing on stage is director Huh Eun-Hee, actors Won Tae-Hee, Kang Suk-Ho & Ahn Sung-Kwon. AsianWiki editor Ki Mun was there and transcribed/translated the session.

Micaela Luna Jun 10 2021 10:46 am I was sad to hear that Yoo Dong Sook passing. I never could take my eyes off her-she did a such fine job in her role. To this was spot on, I feel all actors did a great job. Thank you I truly enjoy watching the movie.

TaeTaelover Jan 10 2015 4:45 am This is such a great film. Because of the description I just expected a lot of sex scenes and not much of anything else. However, I was wrong. Theres so much depth to this film. Its Really a story about trying to discover that one thing that makes you happy and that you live for. It contained a lil bit of romance, and erotica. Also contained a lot of comedy which I was not expecting. Its honestly a hilarious movie because of the main lead who is amazing at playing this awkward,shy, woman who loves porn and thinks a lot about having sex but has never had sex or any kind of intimacy with a man. I was seriously laughing through out the film. Overall, a great film. Seriously watch it and you won't regret it.