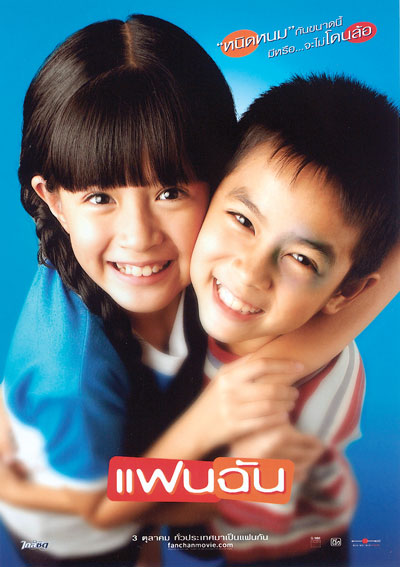 Jeab, a young man working in Bangkok, receives word that his best friend from childhood, Noi-Naa is to be married. While driving back to his hometown, the memories of his friendship with her come flooding back, and their story is told in a flashback.

Jeab and Noi-Naa live in a small city. Their fathers are rival barbers, with shops situated next to each other, with only a sweet shop to separate them. Jeab's father favors efficiency and uses an electric trimmer. Noi-Naa's father, meanwhile, has a more contemplative, artistic approach, and uses scissors. Jeab notes that the results of both methods seem to be the same.

The school holiday is ended. Jeab is notorious for oversleeping, so that each day he misses the school bus and must be driven part way by his father on a motorcycle. By taking a shortcut, Jeab and his father are able to catch up to the bus, but only just in time.

On the bus, other boys are introduced. Their ringleader is an overweight bully named Jack. On the bus, the children talk about what they are going to do after school. The boys decide they will play Chinese fantasy characters, while the girls plan to play "house".

Because Jeab must cross a busy street to play with the boys, and he fears getting hit by a car, he stays to play with the girls, which makes him the target of much taunting by Jack and the other boys.

Then, one day, Jack and his friends are playing soccer against a rival neighborhood gang. They are one player short. Jeab happens to be hanging around, and he's asked to join the game, proving his abilities.

He earns the trust of Jack's gang, and passes various tests in order to join. But the one thing he must do is sever his ties to Noi-Naa. Jeab does so, quite literally, by cutting a rubber-band jump rope, which Noi-Naa is skilled at playing with.

From that moment on, Noi-Naa refuses to talk to Jeab. Then, one day, Jeab gets word that Noi-Naa is moving away. And, of course, on the day she is to leave, Jeab oversleeps and misses the chance to say his final goodbye to Noi-Naa. Jeab then gets Jack and his friends to commandeer a delivery motorcycle and pursue Noi-Naa and her family in their moving truck. But the motorcycle breaks down, and the truck rolls out of sight. Jeab is to never see Noi-Naa again ... until her wedding.

Could not find wordpress article with a title like fan chan