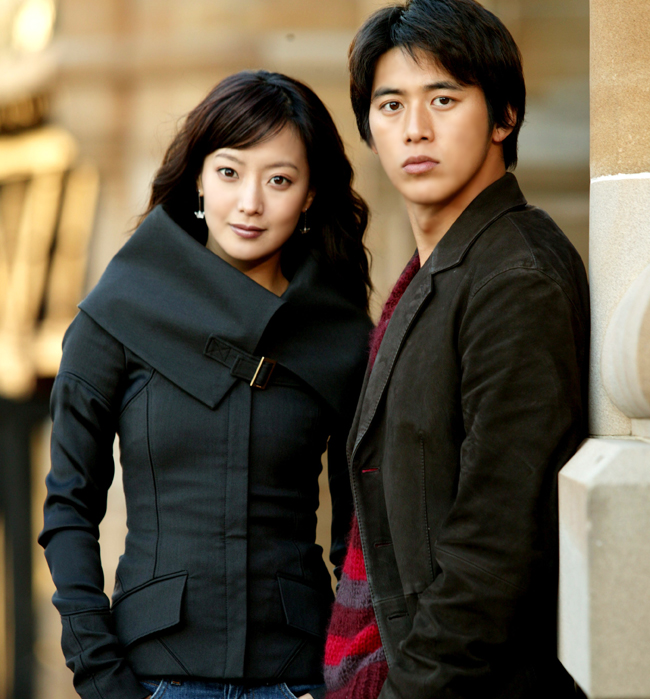 Min Gyung thinks that money will bring happiness and love into her life. She is a very materialistic woman and sets out to find the kind of love that she thinks will make her happy. Min Gyung is a man who is not on the fast track in succeeding in life but he is content that he has found the woman in his dreams.This TV series revolves around a materialistic woman and a man with a pure heart who fall in love. Money is the single-minded pursuit of Min Gyung and she constantly thinks about how to get more of it. So she is determined to marry a rich man and thinks that working as a stewardess will give her a better chance in finding Mr. Moneybags. She is attracted to any man who is rich.

As she reaches her late twenties, she makes up her mind to get married to a rich guy within three months. Young Ho is still recovering from a break-up with his first girlfriend. His dream is to become an astronomer and study the stars but he is stuck in a reality where he must sell rice cakes instead to eke out a living. He meets Min Gyung by chance and is astonished at how she resembles his old girlfriend. …And the love story between a materialistic woman and a man with a pure heart unfolds...

Tryon Feb 27 2016 2:21 am This is quite old drama but I still found it worth to watch. Kim Hee Seon in this drama look so appealing with her beauty. She is quite mean to Yeong-ho at first b'cos he was poor but attracted by his sincerity.

Huggen W. Feb 05 2015 10:07 am I had watch this drama long times ago but still had a deep feeling about it. I love Kim Hee Sun in this drama, she is so fashionista at that times. I love all of her outfits in this show. She and Ko Soo are so good-looking couple, wanted to ship them at that times. Hopefully, they will united again in other new dramas.

Clarkdale44 Jan 18 2014 6:18 pm Well, it was nice classic drama. Good casting by both main leads. The story sequence was good as well. Both main lead's chemistry was great and they seem compatible together. I found its story a bit draggy. It should have finished in 16 episodes. It was so frustrating to watch the last couple of episodes. Anyway its a great drama only if can bear frustration for a while.

WARNING:- Don't read further if you have yet to watch this drama:- Although this drama is frustrating at the ending due to all the obstacles that they have to face in order to stay together. I felt feeling of anger toward both of co-actors. Yeah they are also in love, but they seem too have forget, love is not about taking, its about giving. If you truly love someone then your first priority is the happiness of other other person. It took them fu***ing 24 episodes to realize that. Thank god the ending is nice, otherwise i might have gone crazy.

Foreblary May 15 2013 4:48 pm Please i really want learn hangul and hanja korean languages from this place, please help me out