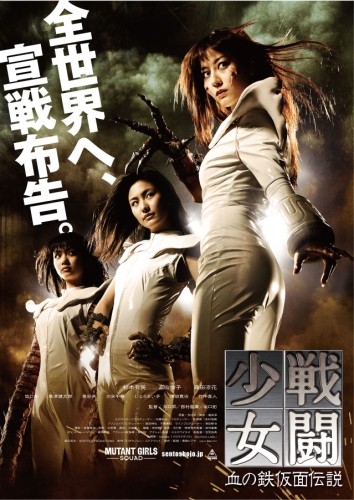 Rin is a seemingly normal Japanese high school girl, but on her sixteenth birthday, everything in her life changes when government special forces break into her home. After witnessing her mother’s face blown into bits and her father’s severed head falling into her birthday cake, Rin’s dormant mutant abilities are awakened: her arm transforms into a sharp, knife-encrusted claw, and a moment later, she finds herself standing in a pool of blood, surrounded by dead soldiers!

Fleeing and fighting her way though her hometown, she discovers a group of girls who were also born as mutants, calling themselves the “Hiruko.” A breed of mutants who have existed long before the so-called “Japanese” invaded their homeland and began to persecute them, the girls have different special abilities: one can transform her arms into swords, one can grow tentacles from her fingertips, and one can grow a chainsaw out of her body. The team hone their skills under their demented and powerful leader, Kisaragi, for one purpose: to take revenge on the Japanese who have been persecuting their breed for ages, and to take over Japan and transform it into a land for mutants only!

The revenge of the mutant girls will soon begin! -- Sushi Typhoon 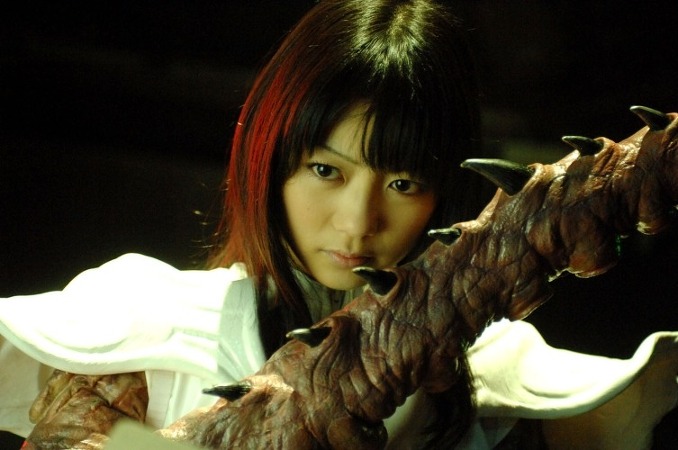