Murder, a Passion to Live 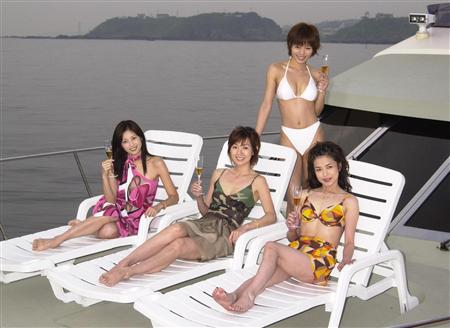 The story begins with Mai Shijo (played by Yumiko Shaku) meeting three women. Mai is a temp who spends her days aimlessly while vaguely fretting that this is not what she should be doing. The three women are Mitsuko Uehara (played by Maho Toyota); Kyoko Misaki (played by Saki Takaoka); and Yukari Otsuka (played by Megumi Yokoyama)The women, at rock bottom in their lives, come up with a lunatic plan to recapture their optimism and strength. The plan is to trap Yusuke Kaido (played by Kazuma Suzuki), the president of a major company against whom all three have grudges, marry him, and spend every last penny of his fortune. Learning that Yusuke still cannot recover emotionally from the death of his younger sister Anna (Yumiko Shaku in a dual role), the three women decide to train Mai, who looks just like Anna, to look and act exactly like Anna, and send her to meet Yusuke. The women think up of all sorts of plans to make this seemingly absurd stratagem work. But in so doing, they feel a strange sense of fulfillment and satisfaction. Will the women’s plan succeed? -- TV Asahi