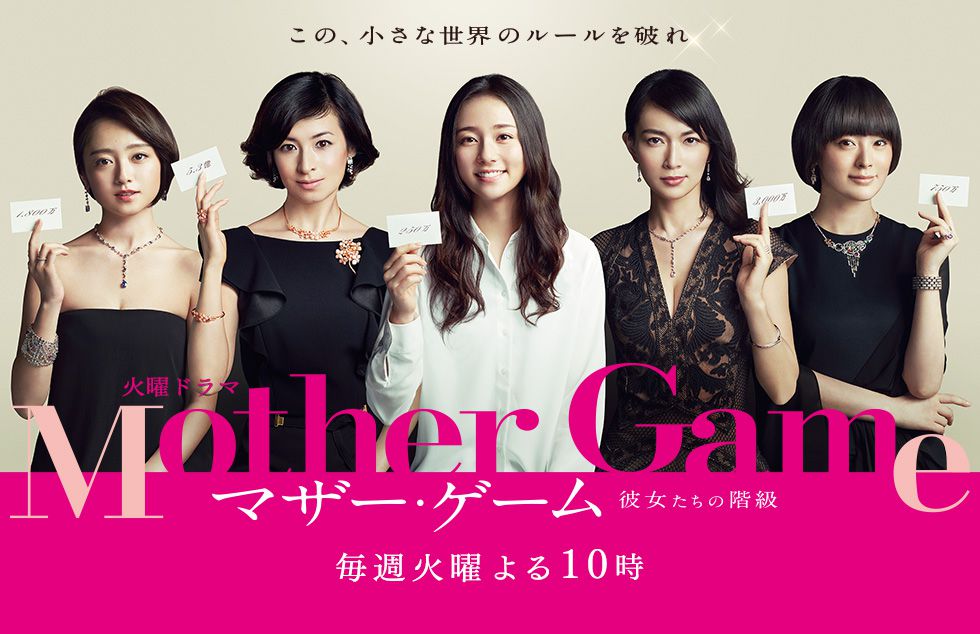 Kiko Kanbara (Fumino Kimura) is a divorcee and raises her 5-year-old son alone. To open a box lunch food store, she moves to her grandfather's house. She tries to enroll her son Haruto into nursery school there, but a person in charge of the district office tells her Haruto can't attend immediately. Kiko, busy to open her box lunch food store by next month, finds herself in a predicament with her son not having supervision by then. At this time, a director of a kindergarten school, Fumi Naraoka, talks to Kiko.

A month later, on the first day of Haruto attending the kindergarten school, Kiko becomes nervous by seeing all of the luxurious high-end cars that are pulled up in front of the school and the other mothers who are all carrying pricy handbags. The school is a prestigious institution for children.

Kiko then sees Yuki Kamiya (Shihori Kanjiya). They attended the same middle school and high school. Kiko strikes up a conversation with Yuki, but Yuki cuts her off and tells her that the school isn't for common people like her.

Among the other mothers there are Satoko Yano (Kyoko Hasegawa), the wife of a doctor, Midori Goto (Yumi Adachi), former career woman and Marie Odadera (Rei Dan), who wields the most power among the mothers at the school. They all have their own individual problems that they can't tell anyone.

Jennifer Mar 20 2017 1:56 pm I put off watching this drama because I didn't know if I wanted to watch a show where most of the main characters sounded like shallow, bitchy moms. But I have totally gotten into this show. All of the moms have problems of their own, which makes them the way they are, and the poor mom is always herself and a positive force. It's a little soapy, but it keeps you watching. Every ep ends with a slightly cliffhange ending that makes you want to see the next episode. This is my intro to a few of these actresses, and they are all very good, as are the child actors. I recommend this show. Good for a binge-watch.

Shinorachi Jun 29 2016 8:23 pm So I followed Kyoko Hasegawa and came across this drama. I don't know why the ratings weren't that high but it was quite humourous and I loved every bit of the drama. The MC is great and Haruto! Such a cute combi!