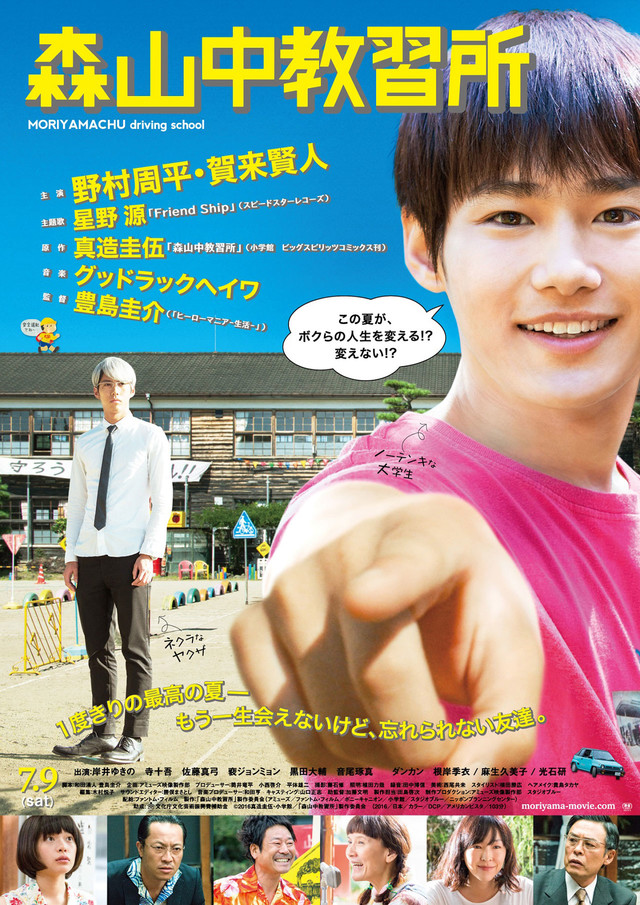 Kiyotaka Sato (Shuhei Nomura) is a university student. He is sociable, but he looks like he doesn't have interest in those around him. During his summer vacation, Kiyotaka Sato plans to get his driver's license to impress schoolmate Matsuda (Yukino Kishii).

At this time, a yakuza boss (Ken Mitsuishi) orders Todoroki (Kento Kaku) to get his driver’s license. Todoroki doesn't show his feelings outwardly.

I am quite sad that todoriko was not leaving the life he wanted. But he was really happy that he met Kiyotaka. He treasured it and always been supporting him. So cute friendship!

kurousagi Nov 01 2015 1:52 pm Eeeehhh.. having Kaku Kento and Nomura Shuhei act together in a movie is amazingm. Can't wait..