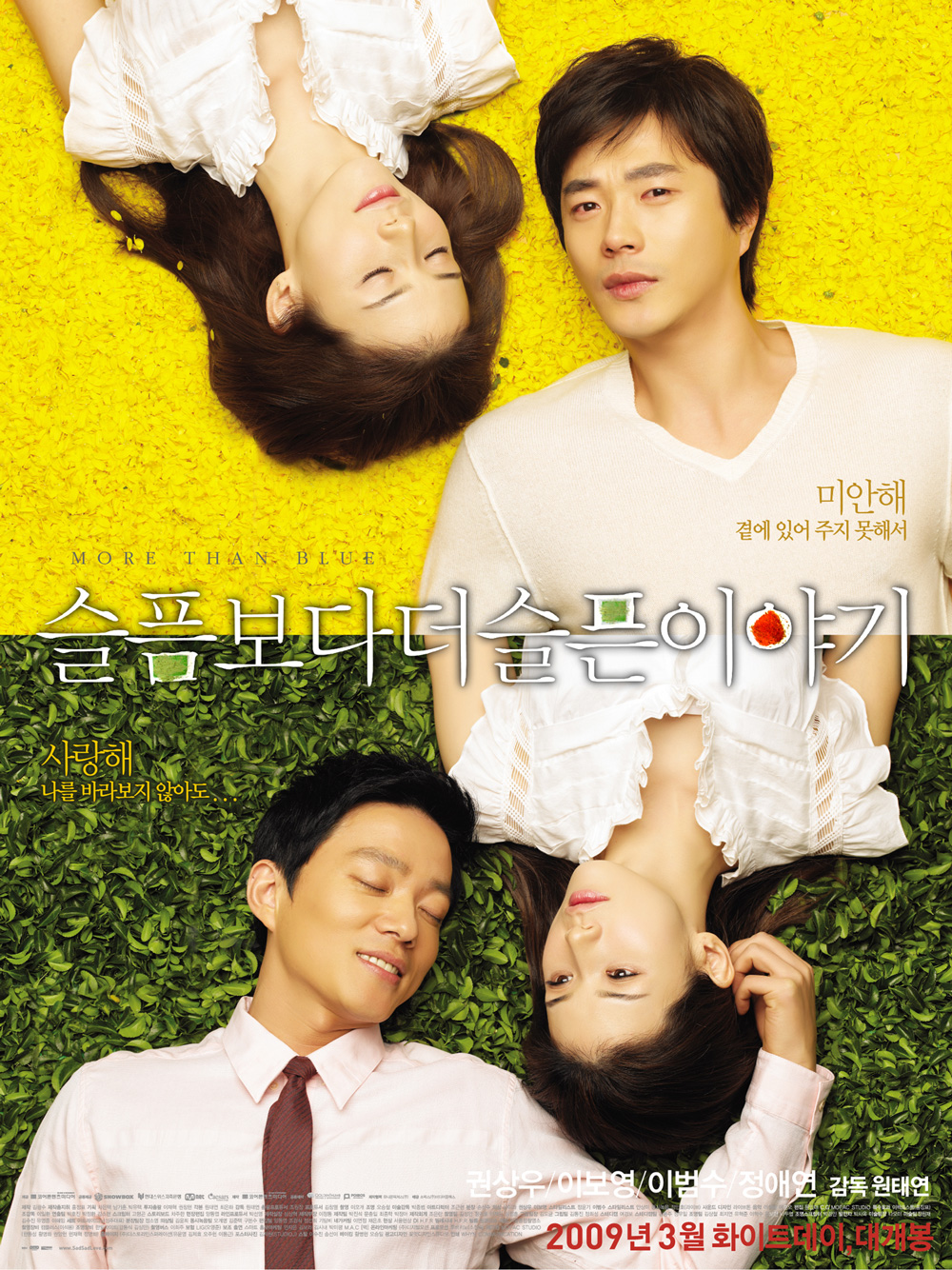 K (Kwon Sang-Woo), a radio producer who loves a woman named Cream (Lee Bo-Young), is told that he has only a few months left to live. Because he knows Cream's biggest fear is to be left alone, he keeps his illness a secret and urges her to marry a guy named Ju-Hwan (Lee Beom-Soo). One day, Cream announces that she is in love with Ju-Hwan ... 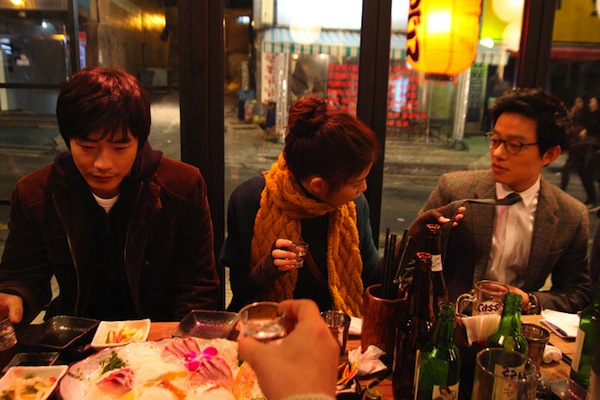 Fred Cordiano Nov 20 2022 2:38 pm It is late 2022 Just completed watching this movie on YouTube I am speechless Overwhelmed by the beauty and tenderness of this movie. Amazed by the pacing of the movie and the late flashbacks. Brilliant !

Sojib Feb 11 2019 12:35 pm I was always eager to see this kind of movie. To be honest all my life I was looking for exactly this story. And there I got it. A clear depictions of what would a true love do in the extreme situation. Damn....thanks to the director and writer. Cried a lot.

I've only one question. Where did kwon sang got the photos to blackmail Jung ae youn??? . And who's photo are those anyway???. Could not see clearly. Thanks in advance whoever answer my question.... Idk how you can answer tbh. Rubina Ali is the last comment as I see.

rubina ali Jan 08 2019 3:38 am it is a movie more than just sadness i cried a lot watching this movie it is so sad that i cried like a baby the greatest movie i have ever seen in my life

Jose Oct 03 2017 6:24 am this is so beautiful T.T T.T cried a lot with my friends while watching this.. If you love someone, please tell that person that you love him/her don't waste your time, have courage

Asgar Jun 11 2017 1:36 am I am from Pakistan, i am a big fan of Korean movies. it is the second movie which left me speechless after "a moment to remember". salute to writer, director actors and the whole team.

The worst feeling is when something killing u inside, and u have to act like u don't care....!!!!!

"It shows the boundaries of ultimate sacrifice when the one you love cannot live without you...."

I salute to the writer, director, music composer and rest of the team for making such a remarkable movie with so beautiful cinematography, same goes to the main leads...

This movie is a piece of art, a work of perfection... I don't think i can ever forget this...

Without a doubt 10/10 (Great performance by main leads... Great OST, Great cinematography... A Masterpiece.. One can never forget)

crl Nov 01 2016 8:07 am i dont usually leave a comment like this, but this movie is absolutely stunning in everyway. i love it so much.

Chloe Feb 04 2016 7:29 pm This is a very sad love story. Very well performed. The two main performers compliment each other completely. You're in for an emotional ride....it's a beautifully done film....You'll fall in love with Kwon Sang Woo and Lee Bo-Young... bring out the tissues!

jodistrings Aug 03 2015 10:09 am At first, I was reluctant to watch this because I am not really into stories that has something to do with terminal illnesses. But gaaah , I like this. Watching this actually made me feel better, I was able to shed my tears.

How the story was narrated was awesome especially how the selfless love of cream was told or revealed.

eunhee May 22 2015 9:01 pm An eternal love love between a man a woman. I really like Lee Bo Young. Kwon Sang Woo did great in this movie. So sad yet so touching.

Ana Jan 04 2015 5:34 am I always find myself crying when I watch this movie. the script is beautifully written, great actors

Clarkdale44 Jan 13 2014 6:43 am Well... The most heart tearing movie... Still i am impressed the way both Kwon Sang-Woo and Lee Bo-Young performed. At first i was ignoring it just because of some facts but then i thought i should at least try and i am glad i did.

I will give this movie 9/10 (For such a great storyline.)

meggi Nov 30 2013 1:58 pm this movie is reproduction a Bollywood movie "Tomorrow May Never Come", the story-line is practically the same. I like very much korean movies and dramas, but if someone watched the production bollywoods then he will know how this movie end it's similar to temptation of wolves sometimes:))

Ernest Jul 02 2013 7:25 am Even after watching the movie for several months, even thinking back about it make tears roll in my eyes. The tragic story of the star-crossed lovers is cliche but it feels classic here, thanks to the impressive performance of the three main cast. The great story-telling method which plays with different perspective is definitely something I admire very much. I'm a film student and this movie inspires me greatly. I hope I can produce something as wonderful as this in the future.

Jhu Jun 29 2013 3:31 pm the story is really good..they showcase the other side of unselfishness of LOVE.. thumbs up to the cast for making this possible.hope to see more quality movie like this.!

cullengabriela Apr 14 2011 6:38 am hope can find the dvd and please there are england sub in youtube

my fav talent,charismatic,super actors lbs n ksw played movie 2gather....i'm sured this should be the best one n i should not gonna missed it.....!!!

Ki Jun 17 2009 9:25 pm A disclaimer should go out that I’m not much of a fan of Asian tearjerkers in general, which probably skews this review from the get go. With that said, I have craved a warm, intimate film that could possibly draw out emotions and even *gasp* tears. “More Than Blue” is without a doubt a film made to elicit such emotions, but its success or failure lies more so with the viewers’ temperament for such films. Similar to those slick Korean music videos for popular ballads, “More Than Blue” has the appealing backdrops, attractive performers, and pulls out a lot of the expected clichés of its genre.

In “More Than Blue,” music radio show producer K (Sang-woo Kwone) is in love with roommate and close friend Cream (Bo-young Lee). Conversely, Cream is in love with K and has been so for many years. Yet, whenever opportunities arose to express their feelings K would always place up a formidable barrier. K would frequently Cream “I like you” but never “I never love you”.

The reason K has kept Cream at arm’s length is due to a heavy secret that he carries inside. K has known for many years that he suffers from terminal cancer and he doesn’t want Cream to ever become reliant on him. His desire to secure Cream’s future goes to extreme degrees when she starts to show interest in another man. That other man is highly regarded Ju-hwan Cha (Beom-su Lee), a dentist with an impeccable reputation & character. K, after researching Ju-hwan’s background, realizes he would make an ideal husband for Cream and makes the heartbreaking decision to push for their marriage even though he loves Cream with all of his heart.

By now you should hear the violins playing not so subtly in the background. In the movie’s defense, “More Than Blue” could have been overbearing, but thanks to the movie’s clean visuals and the actor’s desire not overplay their characters the movie was watchable. Or was it the actor’s inability to overplay their characters that lessened the impact of the film? You won’t find any dud performances in “More Than Blue,” but you won’t find any performances or characters that takes your breath away. That right there is a crucial missing element for me when it comes to emotional films that hopes to connect with your heart. Sang-woo Kwone plays K with a reserved, low-key tone that teetered on robotic at times. Kwone’s counterpart, Bo-young Lee makes a nice rebound from her hard to watch performance in “Once Upon a Time” and actually brings some spunk to her character in the film’s first half. When moments required more histrionics from Bo-yeong Lee this is where she noticeably came up short.

The story itself reinvents the familiar storyline of undeclared love found in such classic tearjerkers like “Christmas in August.” While the story moves along fairly smoothly during the first half, the screenplay resorts to many unneeded tricks and sub-plots in the second half. The sub-plot involving K and Je-na was predictable from the first time they met, but once it finally plays out onscreen you can’t help to wince at the awkwardness of its execution. The film also tacks on a succession of surprises that fails to elicit any “wows,” while failing to provide a smoke screen for the movie’s stiff screenplay and mediocre performances.

Don’t let this reviewer deter you from checking out “More Than Blue,” especially if you enjoy melodramatic films intended to draw out a rain of tears. If so, you’ll likely enjoy it more than I did. On a positive note, “More Than Blue” did make me long to watch the extremely well crafted “Christmas in August.” For myself, I did find “More Than Blue” pleasing to the eyes, but a noticeable sterileness to the film created a barrier that prevented the movie from making any meaningful connection.

melek Mar 16 2009 8:15 pm i love asian movies or dramas. they r sooo romantic and has meanings for me. i really wanna watch this movie as much as possible. i cant wait to see it in english subbed.