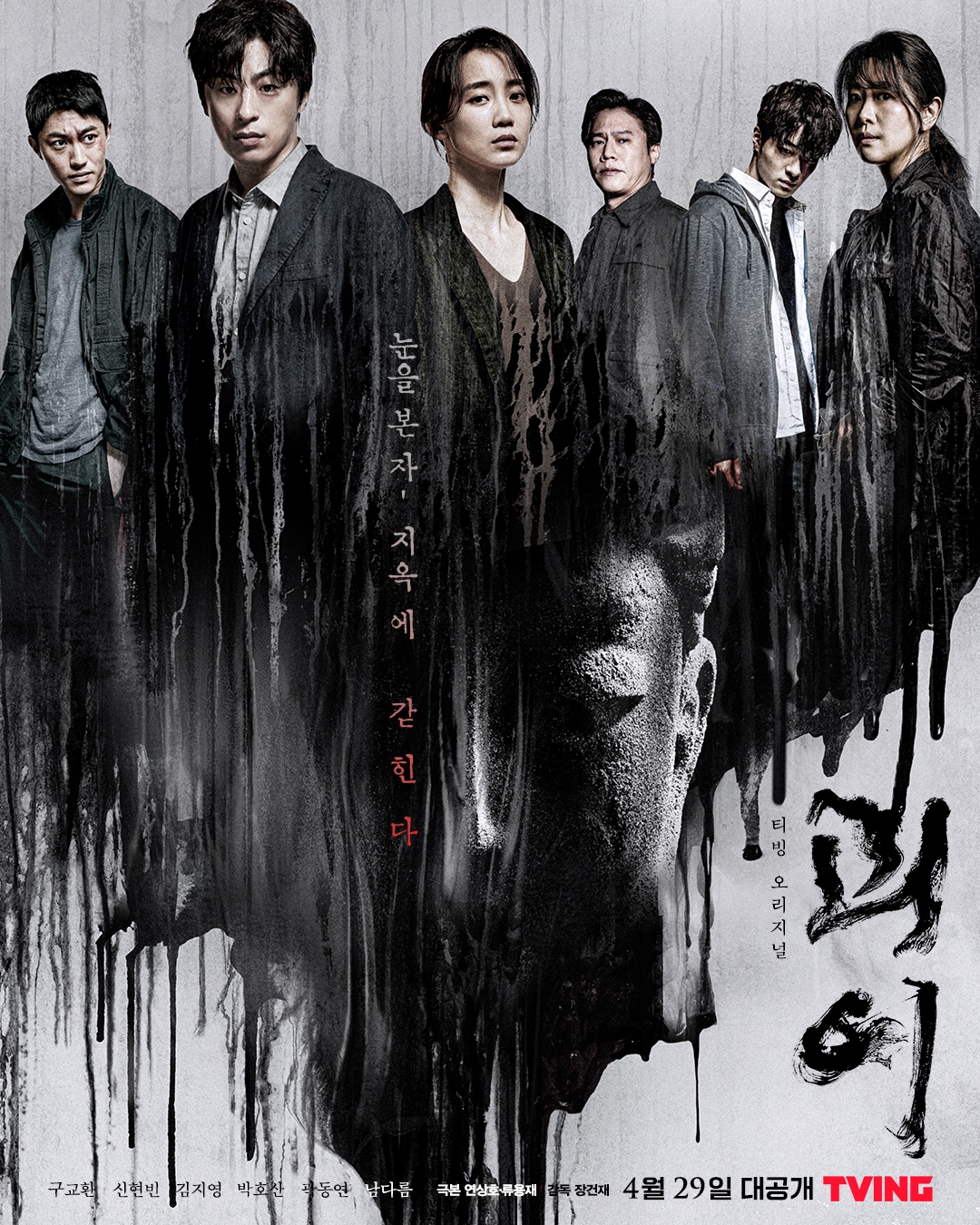 Jung Ki-Hoon (Koo Gyo-Hwan) used to search for strange supernatural phenomena as an archaeologist. An unexpected case caused his life to change. He now publishes occult magazine Monthly Strange Story and runs YouTube channel Monthly Strange Story. Because of his ex-wife Lee Soo-Jin (Shin Hyun-Bin), he goes to Jinyang County and researches "Gwibul" (a Buddhist statue that is possessed by an evil spirt). There, he faces an incredibly bizarre & fearful phenomena.

Noi May 07 2022 8:35 am Yeon Sangho works are interesting with uncommon ideas but why he tends to left it hanging absurdly like Hellbound :( I think this was better than Hellbound but I wish it's more a "whole" like The Cursed.

Amazing actors anyway, watching for Koo Kyohwan and surprised to see Kwak Dongyeon too. Rooting for all actors. ❤️

origamiair May 05 2022 3:32 am Bad acting. Badly written script. Bad dialogues. Bad storyline. There's nothing that could have saved it from being anyhow decent.

I've watched many korean series and movies over the past two decades and this ranks as one of the worst at the bottom of the list.

That said I'm a huge fan of Shin Hyun Bin.

LuffyLawliet May 03 2022 12:55 pm No wonder it looks good and familiar, it’s written by Yeon Sang Ho, the same director and writer who wrote Train To Busan, Hellbound, The Curse etc. it makes sense he works with Koo Kyo Hwan since they’ve worked together in Peninsula (that’s the first time I know Koo Kyo Hwan). I always love any stories related with History, Sanskrits, shaman, spirits etc and what’s with Nam Da Reum, he kept working on horror drama and movies these days, which is goodddddd. Hopefully they will continue with 2nd season.

pikachu May 03 2022 5:13 am awesome drama that feels more like a movie than a drama. fast pace and no time is wasted. Incredible acting from Koo Gyo Hwan and Shin hyun bin. they are a great team hence i hope they will be casted again should there be season 2, or at least some other dramas. the open ended ending make me feel like there gonna be season 2 too.

Gian May 03 2022 1:21 am The main plot is good! I hope it will be released in Netflix! I love shin hyunbeen even more here in this mini drama

Lovi May 02 2022 8:32 am Shin Hyunbeen and Koo Kyohwan I hope you reunite again for another drama I want to see you both again!

Jerahmie May 01 2022 6:59 am This is not for the faint hearted but It's a good watch! How I wish there are more episodes or they made it 1 hr per ep! I love Soojin and Kihoon but I hope they appear more together in the drama !

dani Apr 30 2022 7:44 am i think that a season 2 its needed by ep 6 ended without answering alot of questions. What happened to everyone who got the virus but didnt die? Did they turn back to normal like the other main leads or not? What was that thing on the end? Is there another dark soul? Is everything solved? I rlly hope there will be a season 2, i rlly enjoyed the 6 episodes wish they were longer tho </3

taecjunho Apr 30 2022 1:15 am the way they end up seeing people they “hate” and try to kill them reminds me of dark hole so much

DramabutnoDrama Apr 29 2022 4:56 pm This show is interesting! The first three episodes have been shot so well, that you have not time wasted in the usual kdrama fashion. It is a relief to see characters actually smoke, curse and behave as normal people do. Full marks to the perfect casting.

mye. Apr 29 2022 1:18 pm I literally can't wait for all the episodes of this to come out cause I already lvoe the cast and the plot looks rlly good too awee

Anonymous Mar 04 2022 7:22 am Is this pre produced? Because there's nam dareum. He is currently in military

And the plot seems in accordance with my interests, archeology, supernatural phenomena, hope it'll put some thrills too.

they could be brothers Aug 31 2021 10:48 am I was just watching Koo Gyohwan in D.P. and just realized from his youthful appearance, you know just thinking to mysef, that he looks like Kwak Dongyeon, and what do you know, they will actually be acting together in a series. I will definitely be watching this.

Mandy Aug 10 2021 3:19 pm This drama has all my favorite characters on board. I’m anticipating it to be daebak. Fighting?