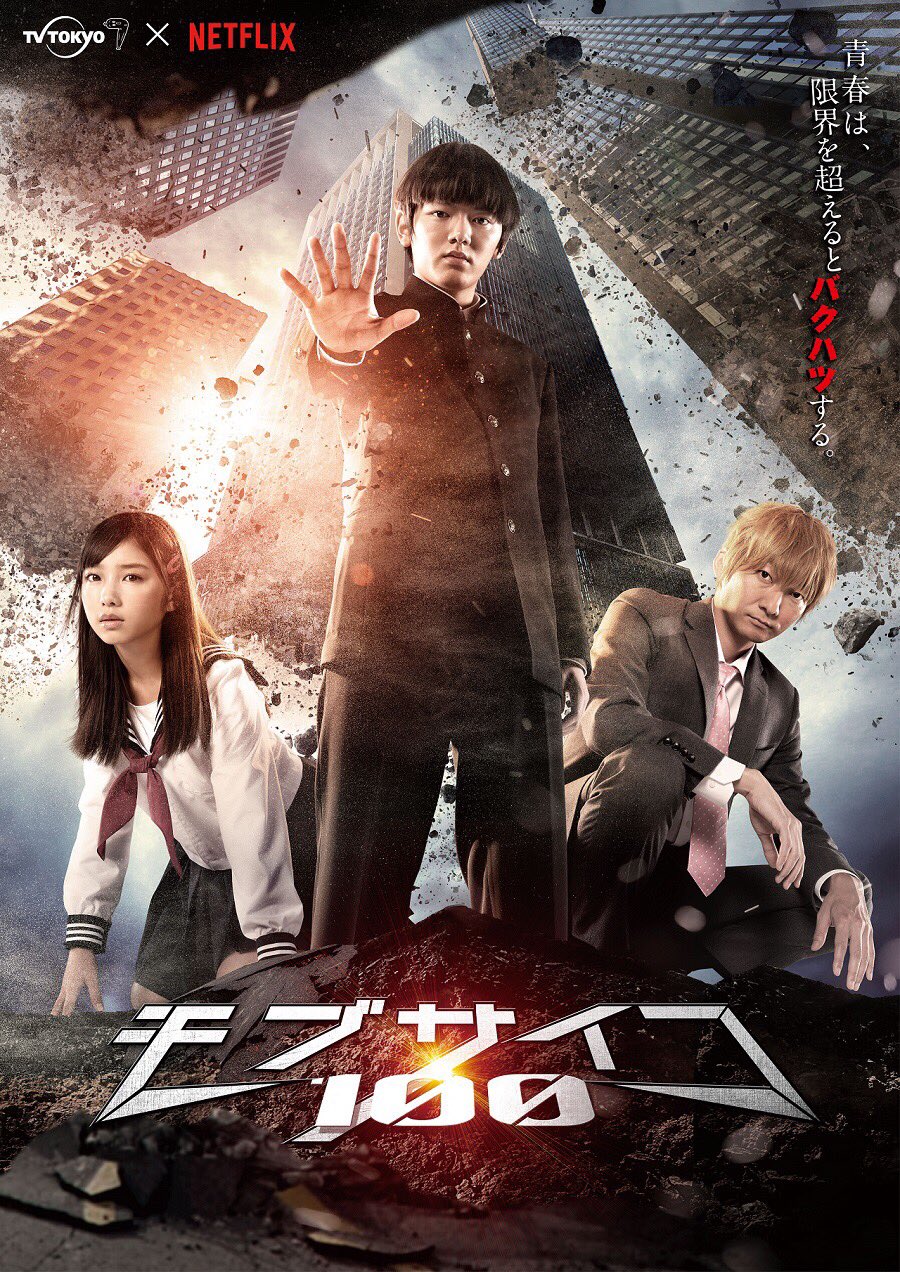 Shigeo Kageyama (Tatsuomi Hamada) is in the 2nd grade of middle school. He is introspective and seemingly an unremarkable boy. He isn't good at school or sports. Shigeo Kageyama likes his childhood friend Tsubomi Takane, but she likes athletic guys.

Shigeo Kageyama has a supernatural power, but he wants to have an ordinary life and not rely on his psychic abilities. He works part-time at Arataka Reigen’s Spirits Agency, making 300 yen an hour. He enters a boy improvement club to make Tsubomi Takane like him, but people with strange supernatural powers appear.

Fujoshimajo May 25 2018 7:37 am Well since its a netflix original i have high hopes.I will watch it.