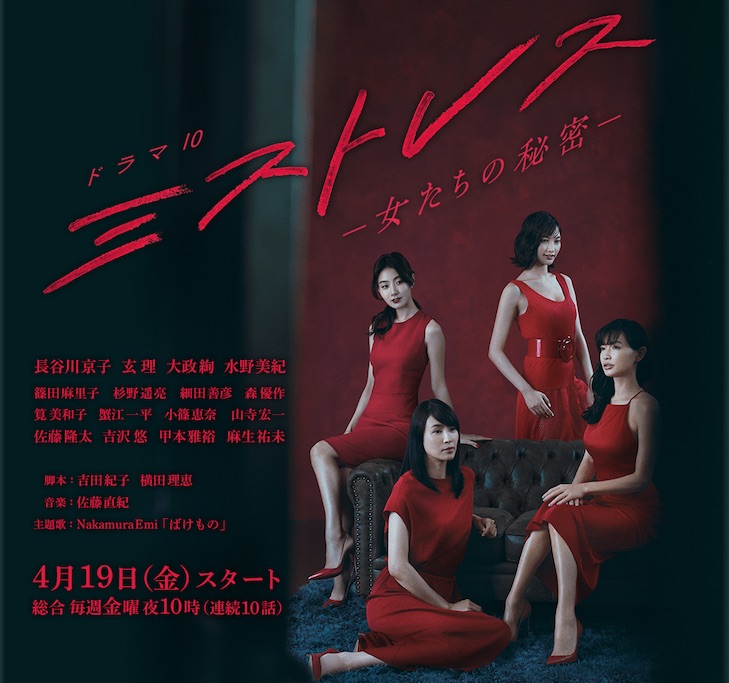 Kaori (Kyoko Hasegawa) is a doctor. Her patient that she was having an affair with dies. Kaori is suspicious of the patient's son Takashi (Yosuke Sugino) about the death. Tomomi (Miki Mizuno) is a single mother. She is excited in experiencing love for the first time in 7 years. Saeko (Hyunri) is in conflict with her husband Satoshi (Ryuta Sato) about having a child. Juri (Aya Omasa) insists on having freewheeling romance. She feels excitement with meeting a woman.

These four women's lives connect and an unexpected story begins.