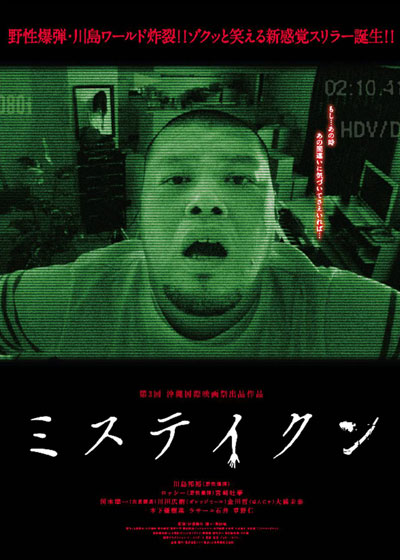 "If I'd realized that mistake." The place is comedian duo Yaseibakudan's Kunihiro Kawashima's room. Kawashima is seen through the camera. He himself is filming on a camera. There's a reason to that. "There's something creepy about this room." The doorbell rings. Suddenly, a series of bizarre, horrifi c events start to happen around Kawashima! He freezes, his heart throbs, he screams... impact noises, freezes, jarring notes, refrains... mysterious images attack Kawashima. When he's pushed to his limits, he hears an unfamiliar sound echoing in his ears. Will that sound save Kawashima or... -- Okinawa International Movie Festival