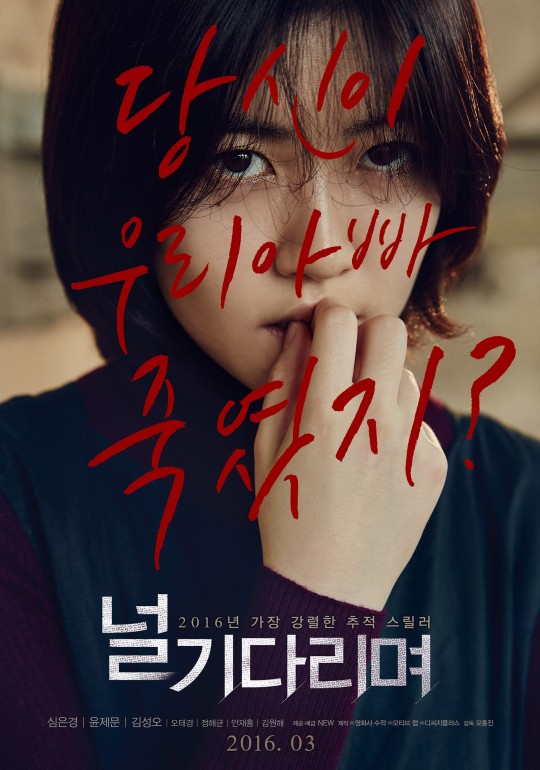 When Hee-Joo (Shim Eun-Kyung) was 7-years-old her father was murdered. Her father worked as a detective and was working on a serial killer case. The killer, Ki-Bum (Kim Sung-Oh), was eventually arrested, but found guilty for only one murder.

15 years later, Ki-Bum is released from prison. Detective Dae-Young (Yoon Je-Moon) worked on the original case with Hee-Joo's father and he has not given up getting a murder conviction for his former partner. Meanwhile, Hee-Joo has waited patiently for Kim-Bum's release.

The first time I saw him in a drama, I was taken in by his beautiful eyes, and I've been hooked ever since.

jj Jan 09 2015 1:29 am I'm gonna wait it. Shim Eun Kyung FIGHTING. I know u are a great actress. unfortunately people don't see how great ur acting on TC until the end. They only judge from the earlier eps. but the story progressing n how u pull out ur emotion through ur characterbwas DEEBAK. Wish u all the Eun Kyung-shi ♥♥♥ :-) ;-)