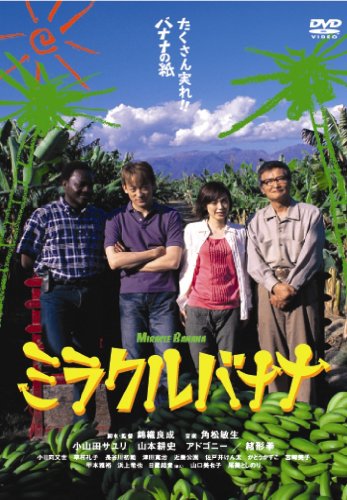 Sachiko Mishima, an ordinary Japanese young woman, is chosen to go to Haiti as a dispatch member for the Ministry for Foreign Affairs. Sachiko is shocked when she realizes that she has mistaken Haiti and Tahiti. Though the two country names sound very similar, Haiti is the country with the worst poverty level in the western hemisphere, while in contrast, Tahiti is the king of the resort islands, often called heaven on earth.

Arriving in Haiti, Sachiko sees firsthand the country's poor social infrastructure and a totally different living environment. Though she feels hopeless at first, she gradually discovers that people in Haiti are full of love and smiles.

One day, Sachiko finds out that paper, which is usually too expensive for Haitian people, can be made from banana trees. In a pursuit to make dreams come true, she starts research on a project to bring Japanese craftsmen of the traditional washi-paper making to Haiti.