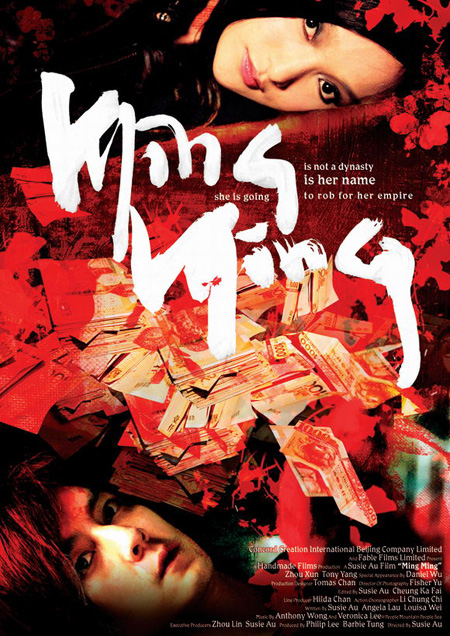 Ming Ming (Xun Zhou) is a 21st Century martial arts princess and lady Robin Hood who steals for love. Her Prince Charming is D (Daniel Wu), a maverick fighter and irresistible rogue who posted this challenge to his swarms of female admirers ¡V give him 5 million dollars and he'll run away with his benefactress to Harbin.

Ming Ming loses no time to rob Underworld boss Cat (Xin-zhe Zhang). In an act of whimsy, she takes away a curious looking box as well. Little does she know that the box hides the invaluable. While fleeing from Cat¡¦s henchmen, Ming Ming runs into Nana (also played by Zhou Xun). Not only is Nana a virtual look-alike of Ming Ming, she is also one of D's girlfriends. Ming Ming makes Nana the scapegoat for her theft and takes off with the box. However, Ming Ming's secret admirer Tu mistakes Nana for her, and becomes her guardian angel.

Just as this identity mix-up is taking place, D disappears from Shanghai without a trace. The only clue he leaves behind is a cryptic phone message. The two girls search all four corners of the sprawling city but are left dismayed and disappointed. Even more dejected is Tu, who realizes that he means nothing to his goddess.

Meanwhile, the elusive D is tormented by the unsolved mystery of his mother's death, which puts him on a crazed trail of ambiguous leads. As the four lost souls weave in and out of each other¡¦s lives in the maze-like metropolis, the dark forces of Cat are closing in on them.

At this critical moment, Ming Ming makes a fateful discovery about another heroine.