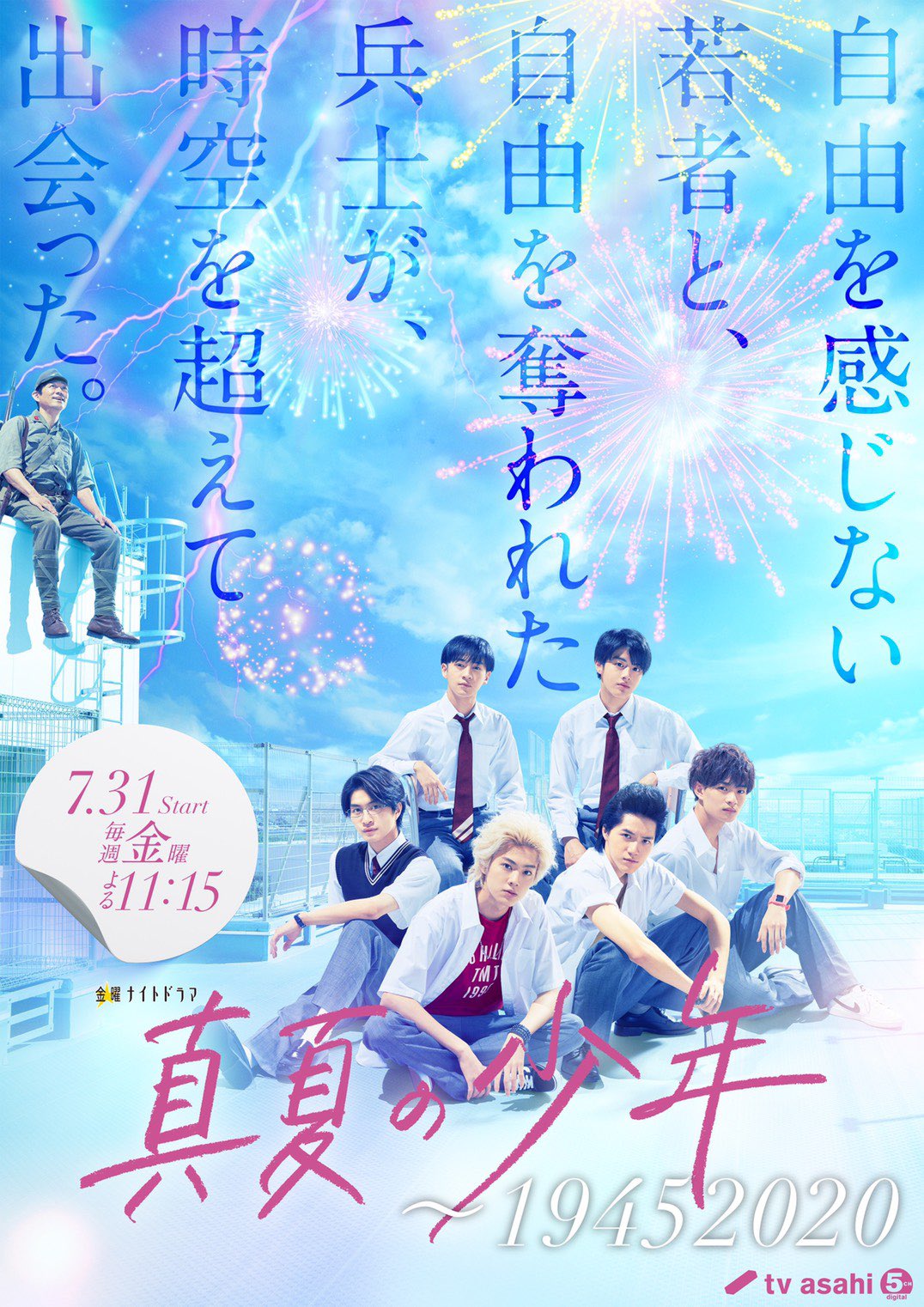 Ryuji (Taisho Iwasaki), Satoru (Ryuga Sato) and Atsushi (Hidaka Ukisho) are friends in high school. They are classmates in the 2nd grade class B. They appear like troubled students, but they are not. They are actually country boys.

When they are at their secret place, they suddenly feel a big shake and hear the sound of thunder. Then next moment, they see a man Sanpei wearing a dirty military uniform with a backpack and holding a bayonet. Sanpei came from the past, right before the end of the war in Guam. Ryuji, Satoru and Atsushi enjoy their time with Sanpei. They think that being with Sanpei, their lives might change and they ask him to spend summer with them. Class President Michifumi (Yuto Nasu) and twin brothers Akihiko (Naoki Fujii) and Kazuhiko (Issei Kanasashi) join the group.

Wisyah chan Dec 21 2020 4:28 am My fave, forever will be taisho kun ehe. I hope they will continue to be together, never disband, and will be real actors one day