Memories of the Sword 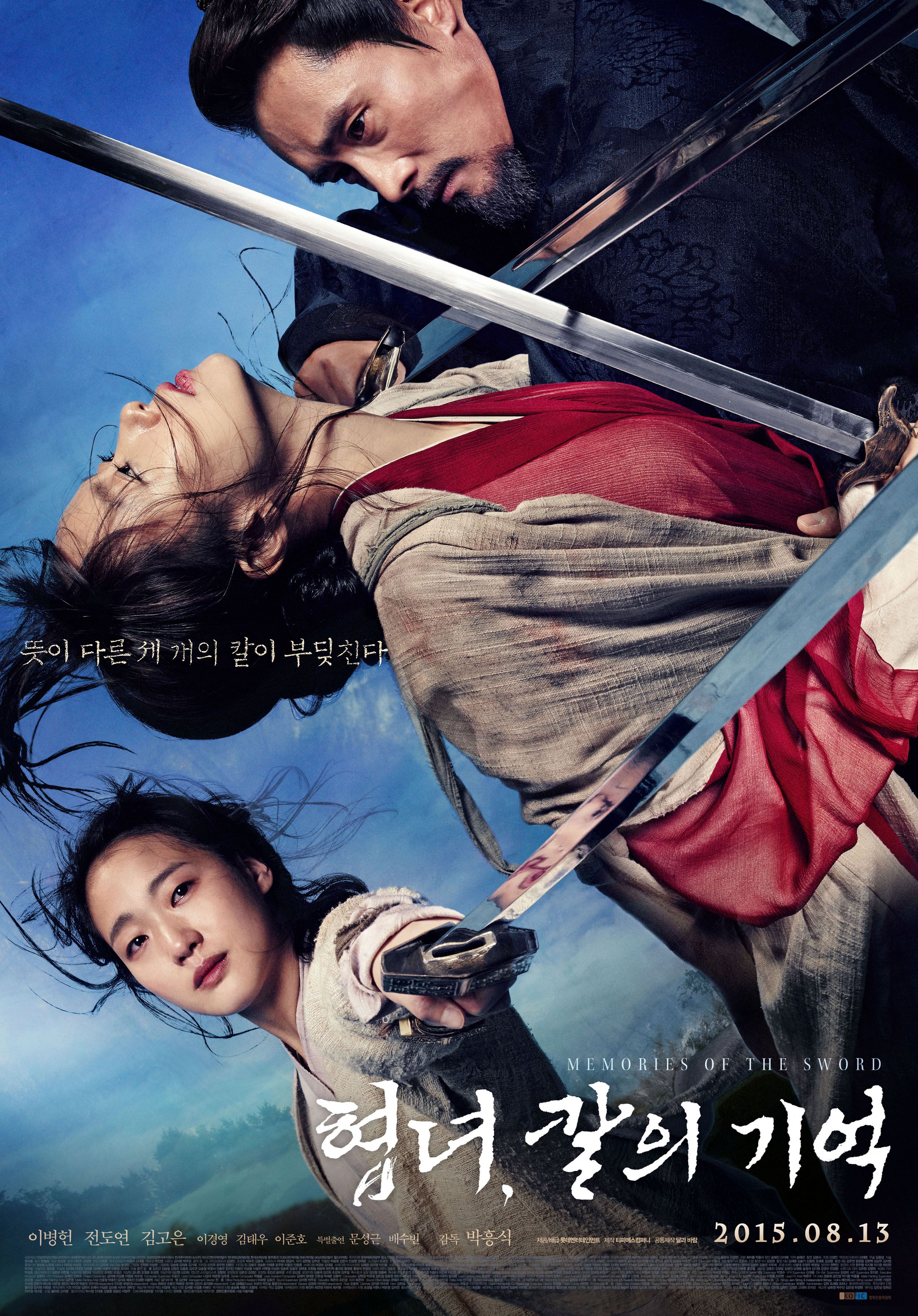 3 warriors from the Goryo Dynasty lead a riot. Due to the betrayal of Deok-Ki (Lee Byung-Hun), Poong-Chun (Bae Soo-Bin) dies. Deok-Ki then tries to persuade Seol-Rang (Jeon Do-Yeon) to join his side, but she refuses. She then flees with Poong-Chun's sword and his infant daughter.

18 years later, the female warrior is now blind and she trains the young woman (Kim Go-Eun) to use the sword for revenge. Meanwhile, Deok-Ki is the most powerful man in the country. Soon blood will be shed. 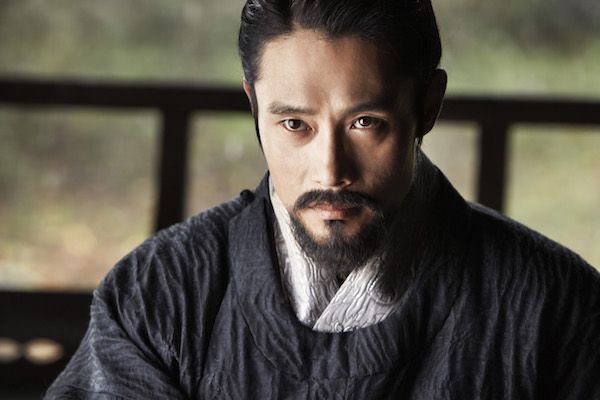 What a tragic plot, with the weirdest family reunion ever. How messed up will the child be after killing both her parents??????? Not to mention, this after years of living as an orphan who believed she had to get revenge for her parents. What a curse? The whole bowing after mourning her loss after killing her parents was the cherry on the cake.

Did anyone find themselves wondering about the king and the rest of the palace people after this upheaval?

How inconsequential that he should be so evil but die moments before getting the fancy throne he built for himself, at his own daughters hand no less.

Love the story, it really touching

Aj Sep 08 2019 7:04 pm I love all the actors and enjoy historical dramas. Cinematography and martial arts/sword play/fantasy in this one are excellent. For me, the weakness and lowered score are because of murky writing leading to uneven plotting and unclear storyline. It’s a shame because the actors deserved better.

BMR Mar 07 2019 10:27 pm A lot of good resources have gone into this movie. The sword fighting is pure fantasy but very spectacular. The special twist is that the lead character is a young woman warrior raised a brilliant warrior woman. The actors are very reputed.Photography is excellent...But the plot does not make any sense: why would a mother train her own daughter to kill her and also the lover that she now despises but still remains that girl's father.

Best and most memorable line: "Why didn't you just kill yourself?"

p.p. Aug 06 2018 5:30 am I watched de movie because of Junho. Of all of his drama's and films i find him here the most handsome and he acts extremely well. He has this face made for hystorical drama's and he should be offered a new role soon. He is really amazing.

Abdul Aug 18 2017 11:58 am I'm a little confused why Seol-hee need to follow the order of her mother to kill her and her father (Yoo-baek). Actually, it shouldn't be them that would be avenged for the lost lives of Poong-chun and his family, it should be the King and his advisers. They're the ones responsible for the deaths of Poonchung and the many villagers. The reasons are for the injustices they've committed against the people and that they've manipulated the warriors.

I don't understand when after Seol-hee learned that she's not the real Hong-yi (when her master told her about the truth), why then she's still bent on pursuing her mom's order? Sounds crazy! Right? No mother will give an order to her child to kill her own parents and ruin her child's life forever (she will forever be hunted by her guilt and conscience). Even if the child accomplished her mother's wish, I'm sure she couldn't live a normal life knowing that she killed her own parents. This is surely a violation against natural order. Can't accept the story. Mianada.

Amaryllis Sep 10 2016 8:06 pm This is a great movie. For anyone looking to watch. Highly recommended.

Migthy Thor Jul 14 2016 6:27 pm I had much expectation from this movie because of the cast. Well, it turned for me to be just a typical action-martial arts-fantasy film. It could have been a great movie given the fact that the production was marvelous however the story-plot just sucks ("<) The story was predictable, it's so cliché (",)

rifsyy Mar 24 2016 11:35 am I don't know why this movie got bad reviews and little attention, this movie deserved awards. Really, great acting, great cinematography, great production set, so why so little acknowledgement?

Bel Dec 28 2015 10:58 am Great movie! Great cinematography! I enjoyed it immensely! Loved the slight twist in the story too!!

Niyuzuku Dec 14 2015 12:08 am After I watch the movie, I still wanna know about Soelhee and Yoon relationship after Deokki and Seolrang died. I need some explanation here.

takane hoshikawa Oct 31 2015 5:30 am Wow this is like all the great Korean film actors and actresses in one film. This must be really good.

astr Jun 18 2015 3:20 am hopefully LBH scandal is put behind him and he can finally continue his career without delays.

Saelor Sep 10 2013 9:47 pm i want to see kim go eun new look for this. she's beautiful and performance perfect i just see movie her ' a muse' the first .. that day i don't know movie R korean -_-'' but i like her from performance look nature Fight! 김고은 언니!!