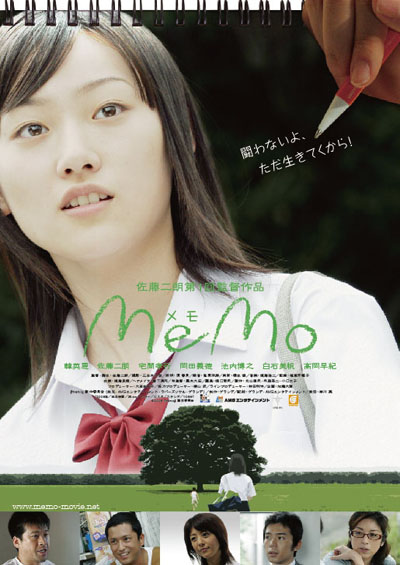 Mayuko Motohashi is a high-school student in Tokyo. She suffers from an obsessive-compulsive disorder, obsessively writing down everything that crosses her mind. Her compulsion hits her any time and anywhere, weather during an examination, or a chorus practice in music class, or even when she’s cleaning her classroom, making it impossible for her to control it.

The anxiety happens so often, that she has to buy large amounts of note pads every few days at a stationer. Mayuko’s life mostly consists of two things. Going to school and seeing her female counselor Her good natured father, Yoheiand gentle mother, Michiko, are both irrelevant to her disorder. However, they are both supportive to Mayuko’s sitiation and the three of them lives a quiet life together. One day, after a long period of time, Junpei who is the brother of Mayuko’s father reappears, surprising the family. By a coincidence, Junpei also suffers from an obsessive-compulsive disorder, making him and Mayuko begin to share a strange relationship, both of them fighting to overcome their disorders. But one day, Junpei didn’t seem like himself. Mayuko was also afraid that her school mates will find out about her disorder. How will the two of them over-come their issues and live on?