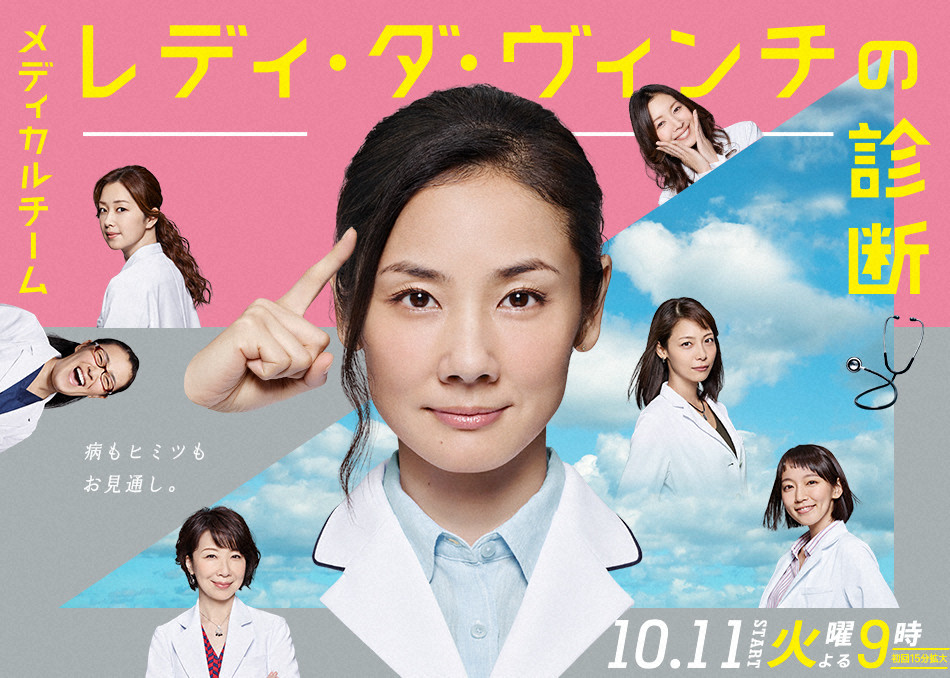 Shiho (Yo Yoshida) works as a neurosurgeon at Nishitokyo General Hospital. She decides to quit her profession after hallucinating during surgery. Her ex-teacher Masayuki Kitabatake (Katsunori Takahashi) is the director at Tokyo University Hospital and he persuades Shiho to work at his hospital in the diagnosis department which consists of all female doctors. Shiho, who is more stubborn in her will to save other patients, sometimes come in conflicts with the other doctors there, but she cooperates with them to reveal a mysterious malady.

Michiko Sep 28 2017 10:01 am I love watching this drama and Doctor X. They are both different in their own way. Doctor X is less serious compared to Medical Team. Would like to know more of Tachibana sensei background like what makes her a successful perfect surgeon and why is she so secretive. Is Mao also part of her hallucinations?

Sakae Jan 14 2017 6:08 am Chapter 10 explains a lot, if not all. I am just hoping show is not over yet, despite that it was almost like Good Bye. Best one so far. Yoshida is absolutely fantastic actress. Her and Mao-chan together are priceless.

kaia Nov 03 2016 6:18 pm Nothing at all like Doctor X. This is a series of medical mysteries that get solved. Very good plots so far. I'm interested in more backstory on Doctor Nitta and I want to find out why Tachibana is having hallucinations. I like intelligent shows. I love Doctor X too but it's more of a comedy. This show is more serious.