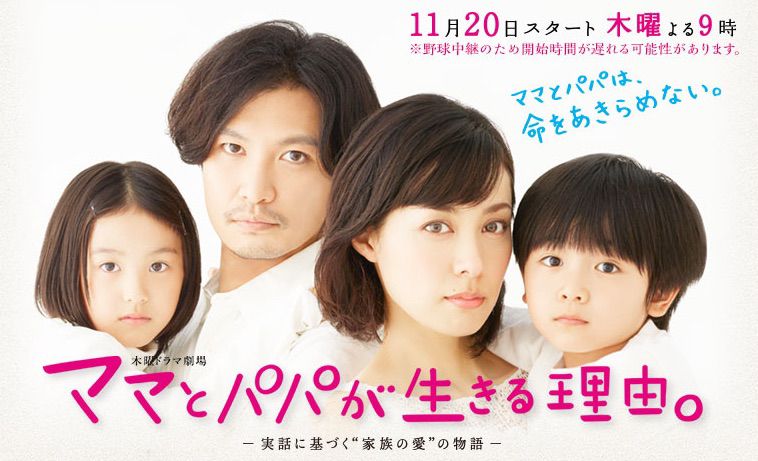 On December 25, it is Shuko Yoshioka's (Kazue Fukiishi) 34th birthday. She has a good time with her husband Kenichi (Munetaka Aoki), her first child Ai (Konomi Watanabe) and her second child Yu (Hinata Igarashi), but Kenichi notices something different about Shuko. He asks her if something is wrong. She tells him that she might have breast cancer. She also says that she already received a test, but is waiting for the results.

Shuko goes to the hospital to find out the results of her test. She hears from the doctor that she has terminal breast cancer and surgery is not an option. That night, her husband tries to comfort her.

Meanwhile, Kenichi receives the results of a check-up he received a couple of days ago. He notices that it says "needs reexamination." Kenichi goes in for a reexamination and is diagnosed with lung cancer. Like his wife, he is told surgery is not an option. Kenichi, attempting to protect Shuko, does not tell anyone about his test results.