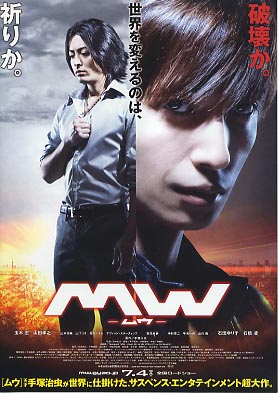 16 years ago, an incident occurred and all inhabitants on an island were killed. The truth to this incident was covered up overnight by the authorities. Everything was supposedly blown over by fully prepared concealment. However, there were two boys who happened to survive by a twist of fate… One boy, Michio Yuki, became an incredibly beautiful and very clever evil person who plots revenge on the government. The other boy, Yutaro Garai became a priest who pursues peace and justice. Evil and justice. Darkness and light. They shared the same past, but it brought them to be completely opposites of each other.

Yuki finds about “MW”; the horrible chemical-weapon which caused the incident years ago, and finally obtains it. With “MW”, he tries to move his plan of terminating all mankind with himself… 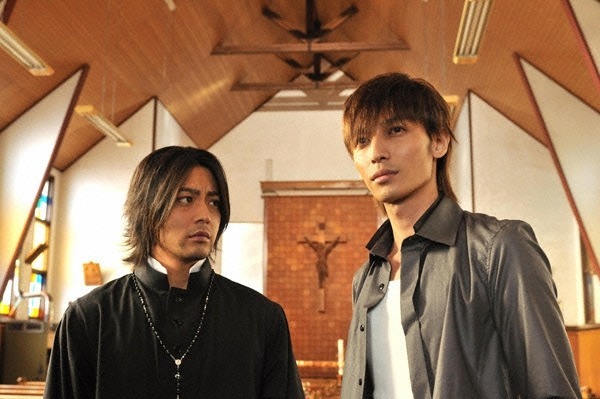 Liza★ Sep 13 2012 5:10 am After watching Tamaki Hiroshi in "Heavenly Forest" a long time ago I was surprised to see him acting as a crazy bad guy,it was very well done and also Takayuki Yamada is one of my favorite Japanese actors, a really awesome movie!!

Does anyone have any idea of what subbing team for this movie? =)