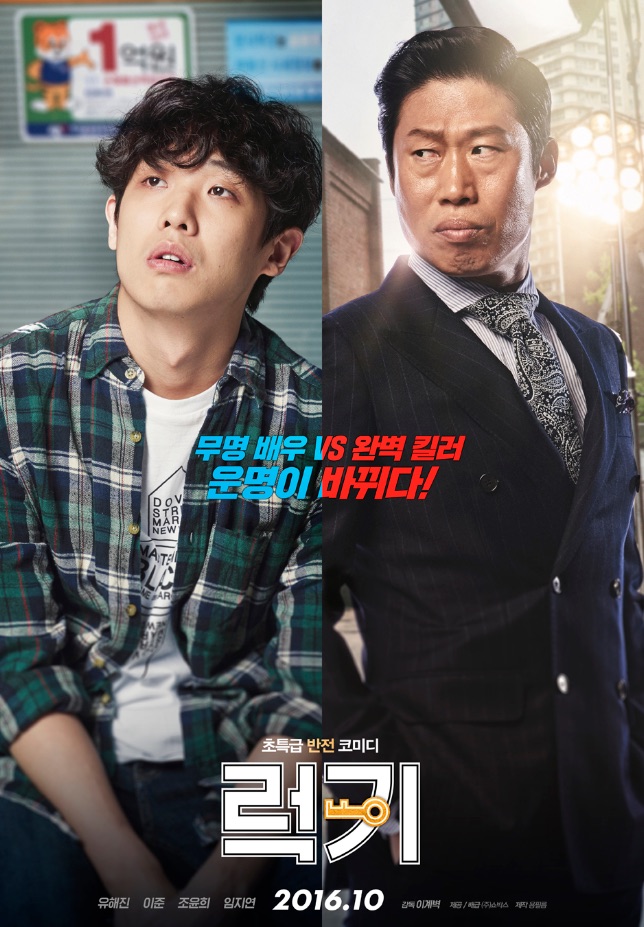 Hyung-Wook (Yu Hae-Jin) is a contract killer with a 100% success rate. One day, he goes to a public bathhouse and slips on a bar of soap. Paramedics, including Ri-Na (Jo Yoon-Hee), take him to the hospital.

Meanwhile, Jae-Sung (Lee Joon) is a fledgling actor. He doesn't have any money and can't even pay his rent. He decides to kill himself, but he first wants to clean himself up. He goes to a public bathhouse. There, he notices Hyung-Wook who is dressed well and wears an expensive watch. When Hyung-Wook slips on the bar of soap, Jae-Sung walks over and, on the spur of the moment, switches locker keys with him.

When Hyung-Wook wakes up at the hospital, he can't remember anything about himself. He doesn't even know his own name. From the items gathered from his locker at the bathhouse, he learns that his name is Jae-Sung. With the help of Ri-Na he is able to go to his shabby apartment. The two men adjust to their new lives.

Great movie. It has so many funny scenes and the flow of the movie is smooth for me. Worth a watch! 9/10

Feb Lee Apr 01 2020 3:06 pm Great movie! Very refreshing. I haven't seen anything like it. This is surprisingly hilarious especially the lead guy. I promise you, you will end up liking him. 10/10

YS Sep 24 2018 11:41 pm Hilarious movie. I thought it was refreshing compared to typical Kmovies and later found it was a remake of a Japanese film.

steve julian Dec 16 2017 1:44 pm Awesome! The twist, the humor, the fun, the action and of course the beauty. I'm a sucker for a good story. Watched it last night on Netflix and I enjoyed the heck out of it. Great movie. Not sure how I selected it out of all the choices but man I'm glad I did. Thanks for the good fun.

pgirlcl13 Oct 02 2017 7:01 pm Ace it, "meaning a A+ move" & hilarious, and as always top stars in this drama, so use to seeing Hae Jin as a tough guy he was so great with the sense of humor, Joon Lee is all about acting no matter what. Great show & well watch it again

Alia Sep 16 2017 2:24 pm I really enjoyed watching this movie it's hilarious and yu haejin is such a brilliant actor i really liked him in this role and lee joon is so cute i totally loved the chemistry between the actors Highly recommended

lurazop May 20 2017 10:15 am Its so funny and hilarious compared to the original one from Japan. But I love both. Japanese one is so smart and tricky and the korean one is so funny!

I4sun Feb 04 2017 6:01 pm I've watched the Japanese version first which I found it quite dull but I prefer this version which is funnier and much easier to take in compare to Japanese version. The Korean version pretty much caught all of my attention.

mjusuf Nov 21 2016 9:11 am videos of people riding bikes watched jae-sung (lee joon) and eun-joo (lim ji-yeon) on the stairs is the end of the film the beauty inside (The Beauty Inside)