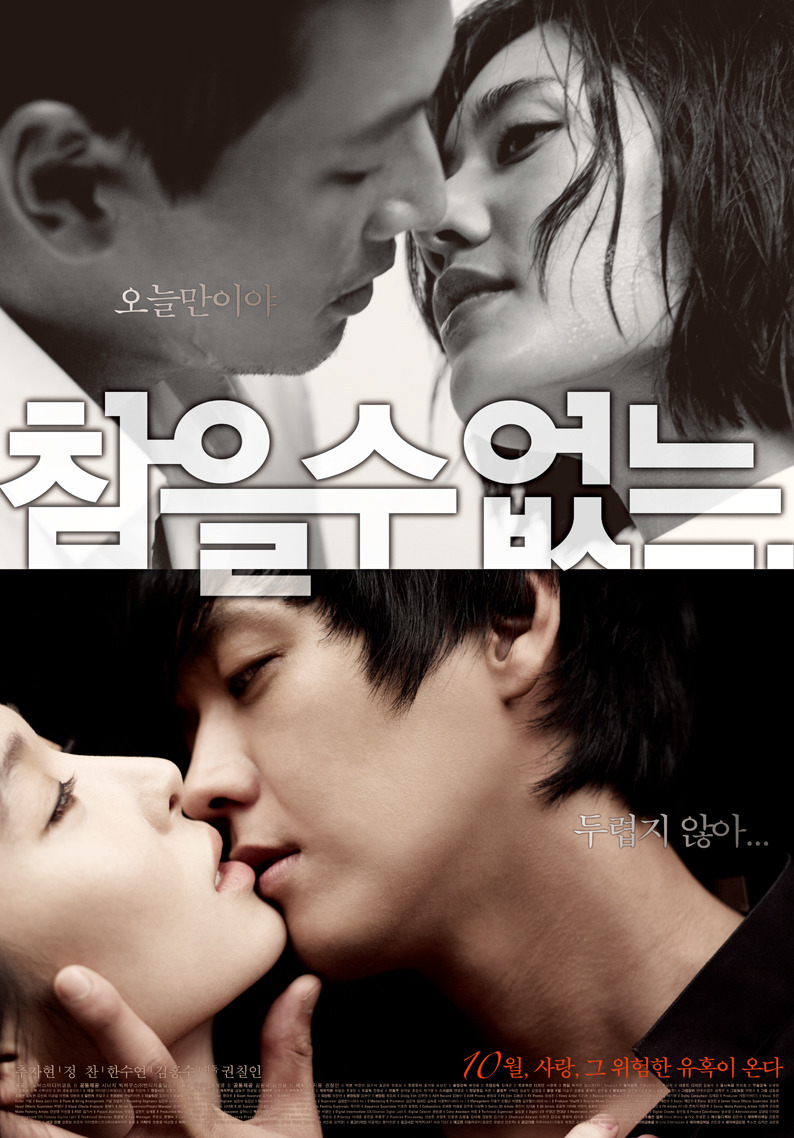 Ji-Heun (Choo Ja-Hyun) is a thirty something single woman who suddenly loses her job, apartment and boyfriend. She then moves in with her friend Kyeong-Lin (Han Su-Yeon) and her doctor husband Myeong-Won (Jeong Chan). Kyeong-Lin appears to be the perfect housewife and lives a life of luxury. Their lives become turbulent when Ji-Heun develops feelings for Myeong-Won's husband and Myeong-Won falls for her husband's colleague Dong-Joo (Kim Heung-Su).

Afenie Jul 21 2014 9:20 pm NO she moves in and starts having feelings for the husband, but she doesn't do anything about those feelings. But the wife pursues her affair.

SPOILERS They only get together after the wife affair is found out. It's a happy ending movie really. The one who where having the affair get punished and, the husband founds true love , he never cheated on is wife..She goes broke and that guy whit whom she was having an affair whit dumps her.

For once a cheating story that ends well, think it's a first in k-movies.

starseed Jul 16 2014 10:28 pm Well now that I know what the whole movie is about from reading the summary, is there any point to watching it?