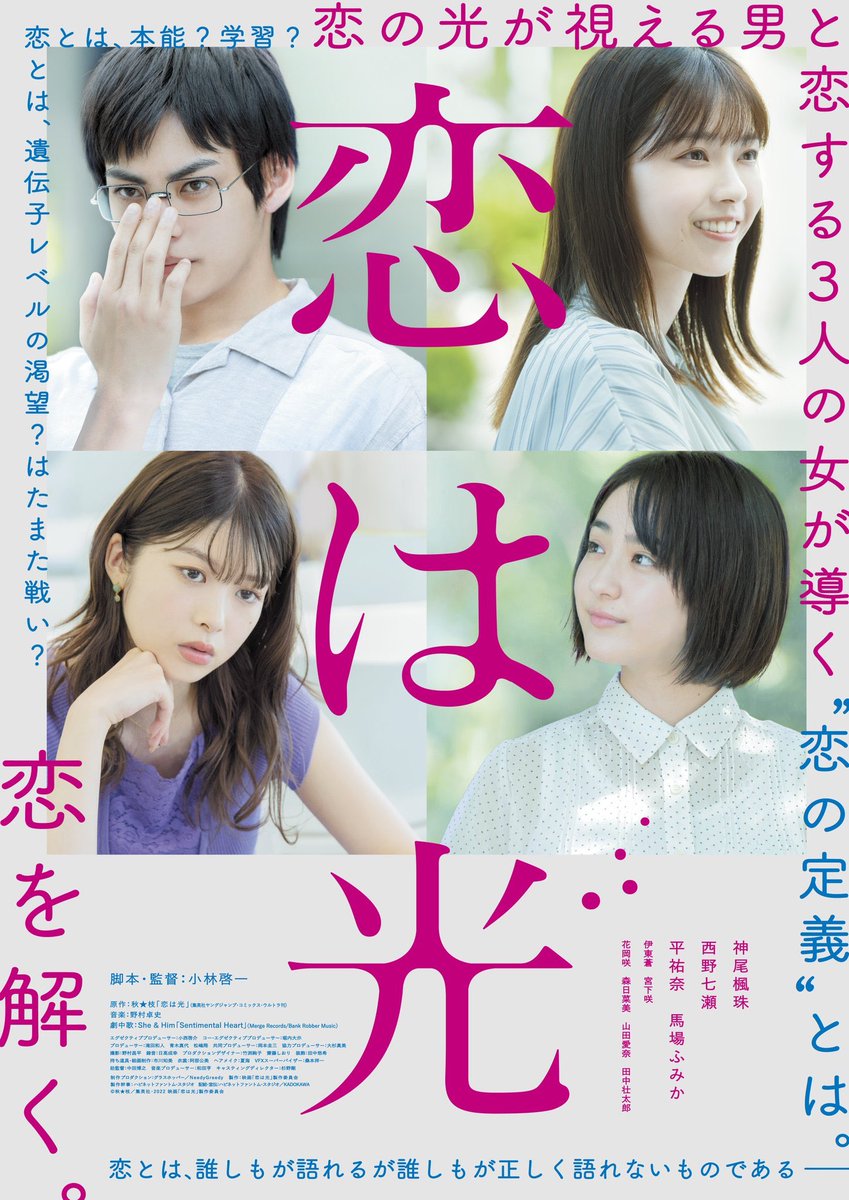 Saijo (Fuju Kamio) is a university student with a special ability. Whenever he sees a woman in love, he can see bright sparkles around that woman.

Kitashiro (Nanase Nishino) is Saijo’s childhood friend. Kitashiro tells Saijo that she has feelings for him, but Saijo tells her he doesn't see any sparkles around her. This makes her frustrated. At that time, their school mate Yadorigi (Fumika Baba) approaches Saijo, because she believes Saijo is Kitashiro’s boyfriend. Yadorigi has a bad habit of approaching guys who are already in a relationship and trying to seduce him.

Meanwhile, Saijo happens to meet Shinonome (Yuna Taira). They exchange a diary with writings about what love is. Kitashiro attempts to disrupt the budding relationship between Saijo and Shinonome.