Love and Loathing and Lulu and Ayano 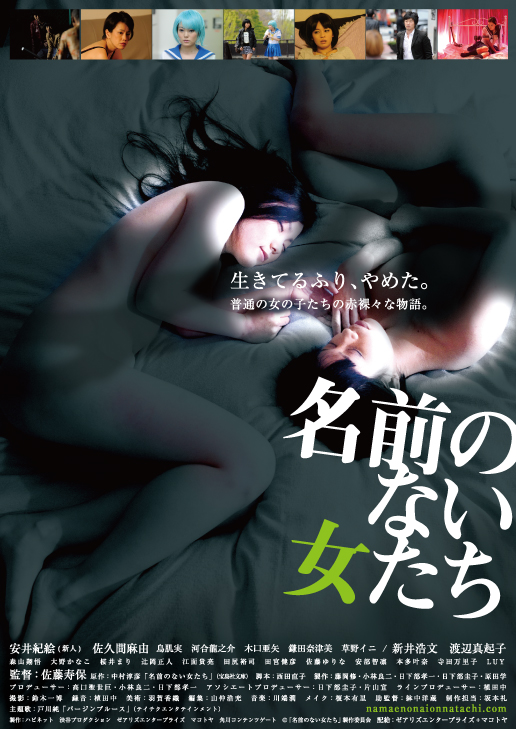 Wouldn’t it be fun if you could become someone else?!

Her hobbies are reading and taking a walk in the park. Junko, a 22-year-old office clerk who lives a dull life under her mother’s thumb, gets recruited by a scout on the streets of Shibuya. “Are you enjoying life? Wouldn’t it be fun if you could become someone else?”

On the set of an adult film—. The male actors and the sex were scary and shocking, but it was refreshing and new. When Junko, with her stage name of Lulu, puts on a blond wig and wears an otaku costume, she feels like she’s become someone else. Working on the same set is Ayano, a former motorcycle gang member who struggles to control her bouts of rage while allowing her boyfriend to leech off her. For Ayano, Lulu is annoying and naïve but she can’t stop herself from worrying about her.