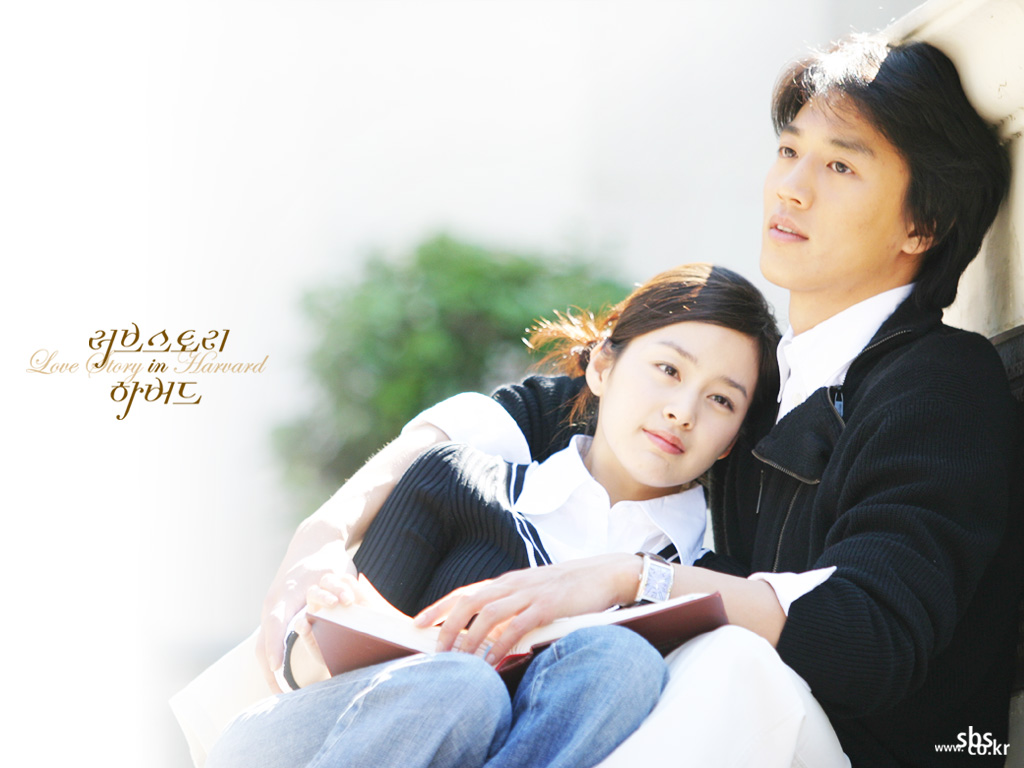 Kim Hyun-Woo (Kim Rae-Won) is a Harvard Law school freshman from Korea. He is very calm and composed in and out, warm-hearted who has enough to spare of money, honor and power. Lee Soo-In (Kim Tae-Hee) a Senior student at Harvard Medical School. She is a smart and intelligent, immigrated when little and while being brought up by her hard working father, she gained her independence and vitality. She is very honest with her feelings and knows what true love is, therefore she is ready to give up her chance of her lifetime for her love for Hyun-woo. Jung Min Hong (Lee Jung-Jin) An American rationalist and man of principles.

Good mannered dresses neatly and has an aristocratic appearance. He has a rather cold and intellectual look, and is full of confidence. One may tend to think that he was brought up with no difficulty, however he’s deeply hurt by the lost of his father. His father had passed away after his company went broke during a lawsuit lead by Hyun-Woo’s father’s law firm. Yoo Jina (Kim Min) A typical girl raised in America. She is tenacious and possessive girl, who has to get what she wants no matter what. She has a desire to simply possess Jung-min at first but she falls in love with him. To win his love, she comes up to the point where she sacrifices herself, but nevertheless she fails to win his heart.

Rakhmon)) Dec 20 2021 12:38 pm To be honest, I fell in love with this dorama when I watched it for the first time, it was about 15 years ago. If you know that this film was aired in Korea in 2005, but in my country (Uzbekistan) it was translated in 2007 (if I'm not mistaken). Today I'm 23, and I suddenly remembered this series again, although I don't know why))) Now I feel like I just want to be on their pleace in this drama and act out these scenes. All the things like songs, soundtrack, episodes, actors - everything was picked up just amazing. I am very grateful for these emotions from this dorama. Just a great and professional job.

Ms.J Feb 06 2021 1:01 am A classic love story in a good movie, the actors still young and doing their best acts to be like the character in this scenario. As we can see and compare from late years, their acting get improves very good and bright now . So, it is Kim Rae Won , Kim Tae Hee 17 years ago... I just finish watch the series today in 2021 Impressive! Its my opinion.

Norie Sep 06 2018 5:25 am Just watched this recently after watching Doctor Crush ... kim rae won is simplyvthe best ❤ Love the story and the soundtrack! One of the best?

Misa Mar 02 2018 9:35 pm Love kim rae won so much in this drama. He plays his role really well. Seriously..his acting skill is superb. A great drama with outstanding lead actor and actress. A must see drama.

Keytie Oct 14 2017 8:08 pm I just finished it recently even though the series debuted 13 years ago and i just loved it. Kim Rae Won is such a romantic and cool guy here and Kim Tae Hee was simply an angel. Not too bad for their English speaking skills for some parts of the drama-challenging and tolerable. Plot may be sometimes complicated but most of it was truly enjoyable. Simply a classic

Song Yi Kyung Mar 18 2017 2:23 pm Kim Rae Won does such a good job in this drama that I can't imagine anyone else playing this role. He is completely believable and natural as the law student in love. This drama is a must see.

The old man and the black one, they're so lucky being kissed by KTH....

Chow Apr 09 2016 8:35 am Inspiring story. It is the best Korean drama I have ever watched which has been motivating me much to conquer my dream being a student in US.

Dewi Isnaeni Dec 31 2014 1:54 am Such an outstanding drama. I watched this when I was in university. And it inspire me a lot.Really like this drama. And I miss such drama ^^

binhan Dec 07 2014 11:33 pm It is great ! I could not stop watching all EPs. Three leaders in this drama act excellent. This make me change the view on SK drama.

Yana Jul 12 2014 12:02 am Wow the chemistry in this drama is really great. My all time OTP. Kim Tae Hee and Kim Rae Won were really cute and intimate couple. It got to be one of the best Korean drama romances.

mary anne mendoza Jul 06 2014 1:40 am im beginning to love the story, and the characters as well. Done watching 11th episode just last night one episode every night before going to sleep, to complete the night. i love you Kim Hyun-Woo, i wish i could be your Lee Soo-In really really love you both,

John Dec 27 2013 3:15 pm The best love story ever. I kept on re-watching this drama whenever I have time. KRW & KTH were so good here. They had great chemistry. The story was perfect. The writer, the director, and everyone in the production were daebak. I hope more drama like this would be produced, with depth. I also hope that KRW and KTH will have another drama, with the same writer, or a movie, pls.

Justin Jul 29 2012 1:02 am You two were the best couple I have ever watched in the movies. I really love that drama and happen to watch whenever I get bored. Both of you are really smart and I admire.