Love Letters - Men We Have Loved 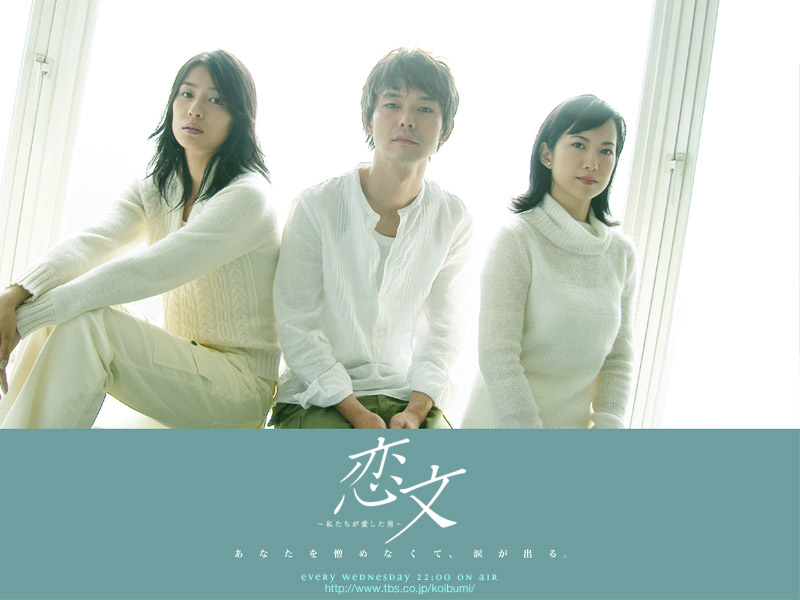 The husband (Atsuro Watabe) leaves home, leaving behind his wife (Miki Mizuno) and child and his job as a middle school teacher. He leaves all this to live with a former girlfriend (Emi Wakui) so that he can nurse her as she battles with terminal illness. He has decided to nurse her until the end. This sudden take-charge approach from a man she thought of as indecisive causes the wife to look at her husband in a completely different way. To top it off, the husband asks her to drop in on the ex-girlfriend from time to time to keep her company. Despite herself, she agrees to her husband's request. She thought that cursing her husband and celebrating the ex-girlfriend's suffering would make her feel better but instead she finds herself even more attracted to him. She even finds herself growing closer to the ex-girlfriend, creating a curious bond between the two women. In the midst of all this, the relationship between the husband and wife continues to change.

Surrounding the three are others; such as the girl sharing the ex-girlfriend's room at the hospital (Ayumi Ishida), others at the husband's part-time job who turned their backs on society before him and the newcomer at the wife's editorial department (Jun Kaname). Each of them has their own problems with love that in turn affect the development of the story. -- TBS