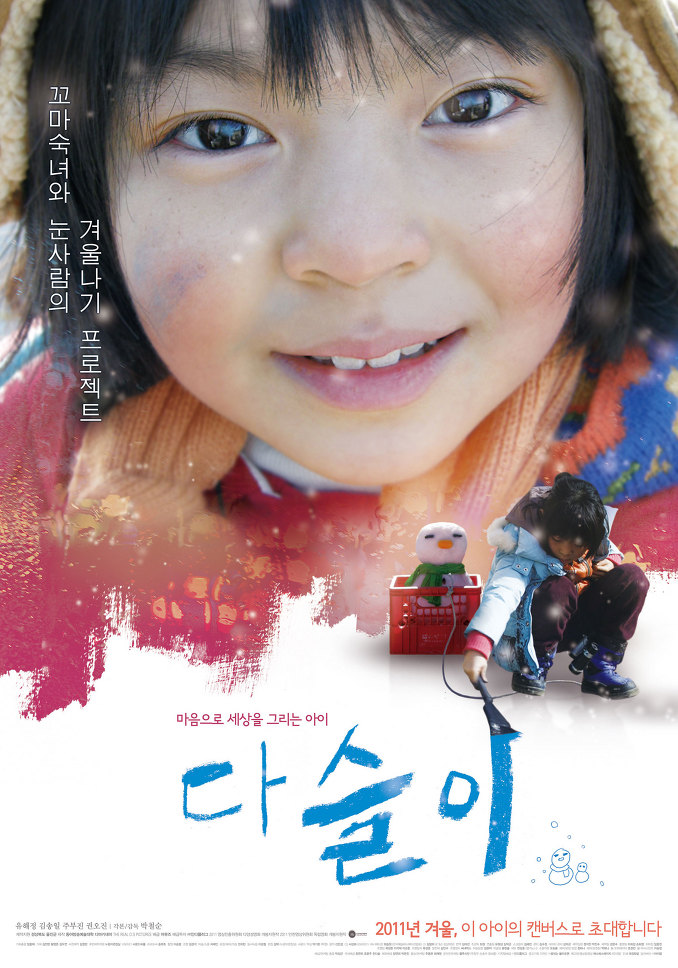 9-year-old Da-Seul lives with her uncle who work as a waiter and her grandfather who works in a dry squid factory. They live together in a small village overlooking the ocean. Although her grandmother and uncle think that she is mentally challenged, Da-Seul actually has a special talent for the arts along with her autism.

Q&A took place after a screening of "Lovable" at the Dong-Sang Art Hall in Daegu, South Korea (December 3, 2011). Appearing as speakers are movie director Park Chul-Soon and actress Yoo Hae-Jung. AsianWiki editor Ki Mun was there and transcribed/translated the session.