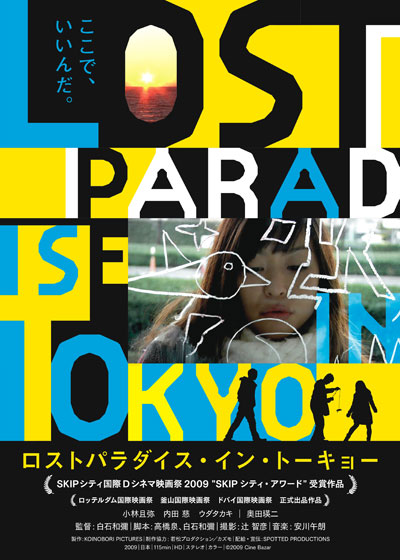 "Lost Paradise in Tokyo" tells the story of two brothers, Mikio and Saneo, who just buried their father. Older brother Saneo is mentally disabled. One day Mikio decides to find a prostitute for his sexually frustrated brother. Mikio hires a girl named Marin. Marin works as an underground singer, but also leads a double life as a prostitute. A video producer who is working on a documentary of the underground singer finds out about Marin's double life and offers to film her and Saneo ...