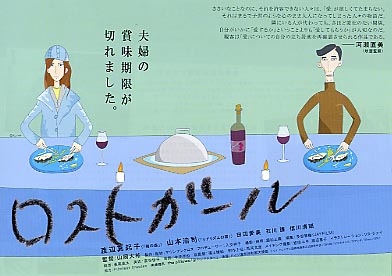 Ryoko (Makiko Watanabe) hides herself in a closet after a patron in her restaurant becomes ill from food poisoning & she is held responsible. Her husband and co-owner Daichi (Hiroshi Yamamoto) attempts to lure her out of the closet. After a violent argument with Daichi, Ryoko seeks out old friend Yuka (Manami Tanabe) ...