Longing for the Rain 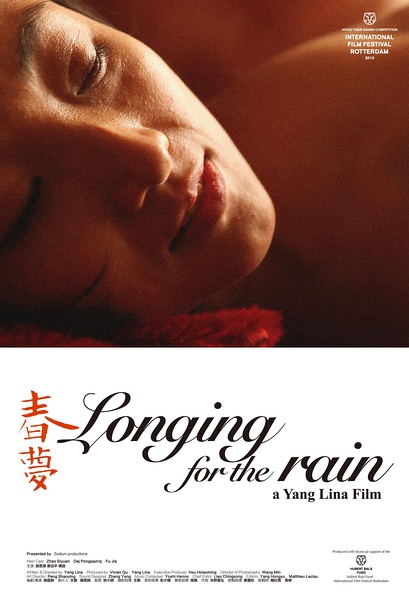 Fang Lei, the protagonist in this feature debut by Chinese documentary maker Yang Lina, only has to care for her daughter. Safely cocooned in a loveless, sexless but also peaceful marriage, she spends much of her time shopping with girlfriends. Her anxieties - about dying, about her husband being unfaithful - only emerge in her dreams. One night, a mysterious young lover appears and makes passionate love to her. Time and again, he allows her to enjoy unprecedented pleasure and soon Fang Lei is no longer able to separate reality from dream and regards the man of her dreams as her real husband. She is happy, carefree and beautiful. Until a jealous rival looms up in her dreams. -- International Film Festival Rotterdam